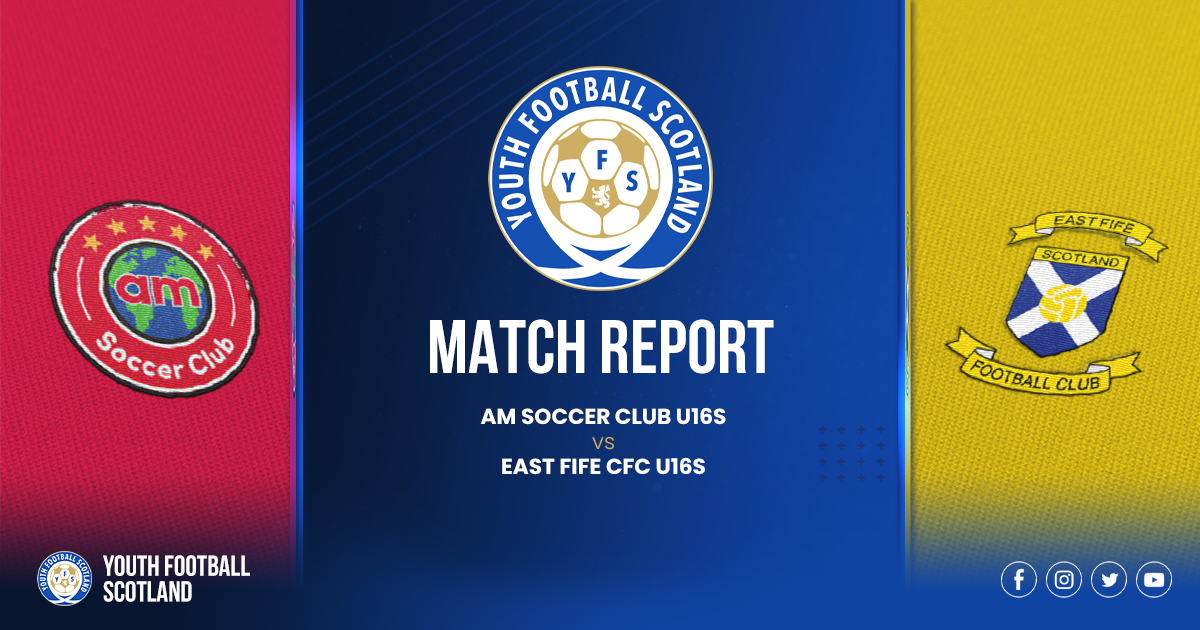 AM Soccer Club defeated East Fife CFC at Treaton Park, with the Cupar Muir-based side edging an action-packed final to lift the Mitchell Cup.

It was always going to be a close match between the 2nd and 3rd placed sides from AFYFC’s Under 16s division. With both sides still engaged in a tense title race, lifting silverware during the ‘run-in’ could provide an invaluable confidence boost for the ‘run-in’.

AM Soccer Club took an early lead just three minutes into the game, with a composed Max Green finish nudging his side in front. After intercepting the ball well in defence, a long ball up the field managed to bypass the East Fife defence-with Max Green shrugging off his opponents and staying composed in front of goal to smash past opposition keeper Andrew Johnston, to put his side in the lead.

East Fife managed to draw themselves level with an acrobatic Robbie Ovenstone equaliser five minutes before the half-time break, meaning the sides went into the interval on even terms.

AM Soccer Club were finding particular joy on the counterattack, with long passes in behind the East Fife defence creating plenty of opportunities to score. The game was end-to-end and both sides were pushing for the next goal, knowing full well that it could be crucial.

East Fife were reduced to 10 men not long into the second half when they had a player dismissed for a last ditch tackle. AM Soccer Club scored their eventual winner in style, from the resulting free-kick which was blasted into the top corner by Murray Smith. East Fife then went down to nine men with 14 minutes left for an off the ball incident. AM Soccer Club saw the game out and lifted the trophy.

More in AM Soccer Club News