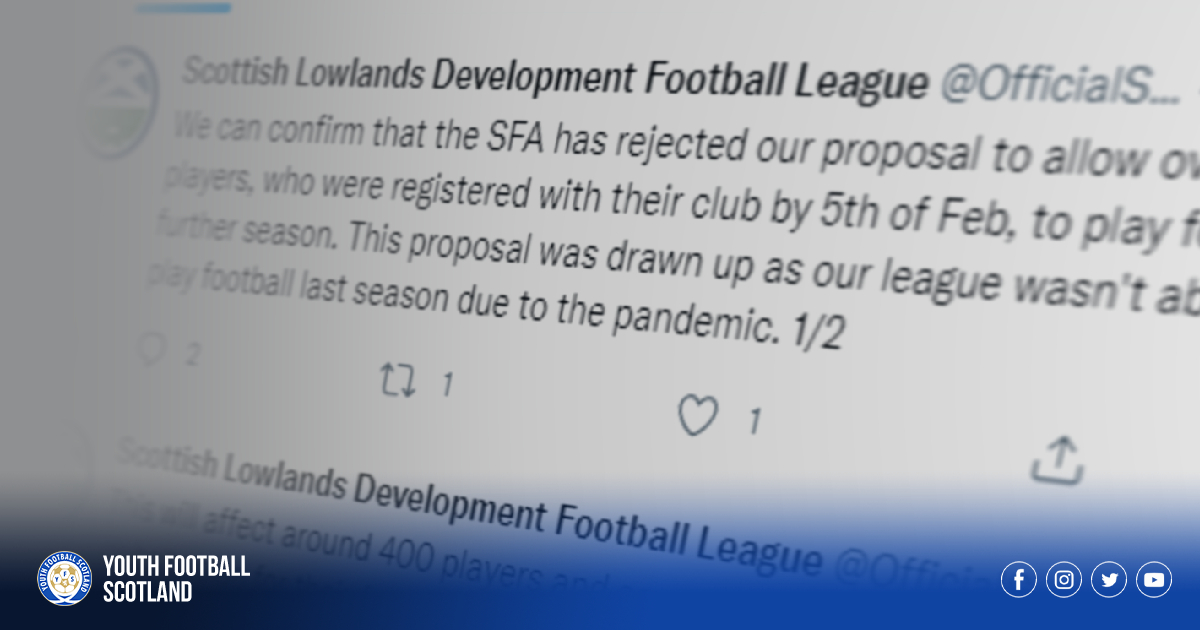 Earlier this month we brought you the news that the Lowlands Development League has confirmed their playing format for 2021/22. The league was set to welcome a record number of clubs in 2020/21 and although that season never saw kick-off, that number has increased yet again, with 88 clubs set to contest 2021/22.

However, with just a few weeks before the kick-off, the league and its member clubs appear to have been dealt a major blow.

There was a very positive reaction from the youth football community when it was confirmed that the league was seeking approval from the Scottish FA, to allow players born 2001 to participate in season 2021/22. In normality, this group of players would have just kicked their last ball at the age group. However, the league hopes this temporary rule change will avoid hundreds of young players missing out on their final U20 season due to Covid-19.

However, today the league’s official Twitter issued the following messaged:

We can confirm that the SFA has rejected our proposal to allow overage players, who were registered with their club by 5th of Feb, to play for a further season. This proposal was drawn up as our league wasn’t able to play football last season due to the pandemic. This will affect around 400 players and several teams in the league. To allow clubs to plan for their future we will be delaying the start of the season and we will now commence on the 30th of July. We issue a further update in due course.

YFS will bring you any updates on the matter as soon as we receive any information.