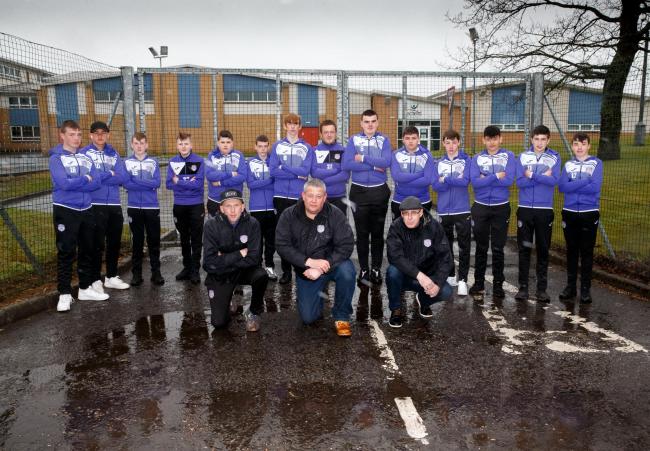 Easterhouse club, East Park FC, have campaigned to save their training facility after Glasgow City Council confirmed that it is one of 40 sports centres at risk.

They are fighting for Glasgow Life and Glasgow City Council to reconsider their decision which could pose a detrimental effect onto the community.

Club Head Coach and Treasurer Graeme Gamble said: “The biggest impact would be not having a permanent facility anymore. It’s one of the hardest things to secure in the East End of Glasgow. There is limited facilities and now even more with so many teams and bookings out there.

“It’s not just Lochend they are closing in our area. In a two-mile radius they are giving a public ownership lease of Greenfield to Shettleston, Mount Vernon football pitches and also Stepford pitches have been transferred over into community ownership as well.

“So, there is 15 pitches in those three facilities in a two-mile square radius just gone like that.”

The financial implications of the Covid-19 pandemic has been the catalyst for the sizeable changes, after Glasgow Life reported that their operating budget for the year was 15% lower than prior to the pandemic.

A spokesperson for Glasgow Life said: “For nearly a year Glasgow Life has been describing that the ongoing impact of Covid-19 is likely to mean not all our venues would reopen and that our finances would dictate what we would be able to do in the future.

“Having lost £38 million in earned income over the past year, and with a near 15% reduction in our operating budget for 2021/22, we are reopening all of the venues and sites which we can within the maximum budget available to us.

“As such, we currently have no plans to reopen any more venues and sites beyond those already announced. Once the future of any venue is decided in discussion with Glasgow City Council, we will make users aware.”

However, Graeme and East Park have argued that they have received no information or explanation from Glasgow Life or Glasgow City Council as to why Lochend Football Centre has been selected for closure.

“Unless we have physically contacted them directly or via a councillor, we’ve had no communication from Glasgow City Council.

“They have a funding gap there now apparently which means they can’t open these facilities. However, in Baillieston they are building a new sports hub for several million pounds with a new cafe, gym hall and Astro pitch.

“So, you are closing facilities to fork out £2 million to build a new one. It’s a fantastic facility and I totally support it for the Baillieston people but how many facilities could they reopen for that £2 Million.

“It’s the same in Stepford . They’ve given a grant of £1.5 million to redevelop the facility even though they’ve already got an Astro pitch and two grass pitches.

“So, again there’s £3.5 Million being spent redeveloping two small facilities while Lochend’s got six grass pitches and an Astro just sitting there. It doesn’t make sense.

The Easterhouse club’s petition to Glasgow City council over the drastic closures has currently received over 200 signatures.

In a statement, East Park FC said: “The Council are not reopening a number of well used facilities after lockdown. Grassroots teams all over the city are struggling to secure pitches and allow kids of all ages to get out, get exercise and socialise with their friends. Please help us send a message to the council to let them know this is not alright. The kids have been through enough the past year.”