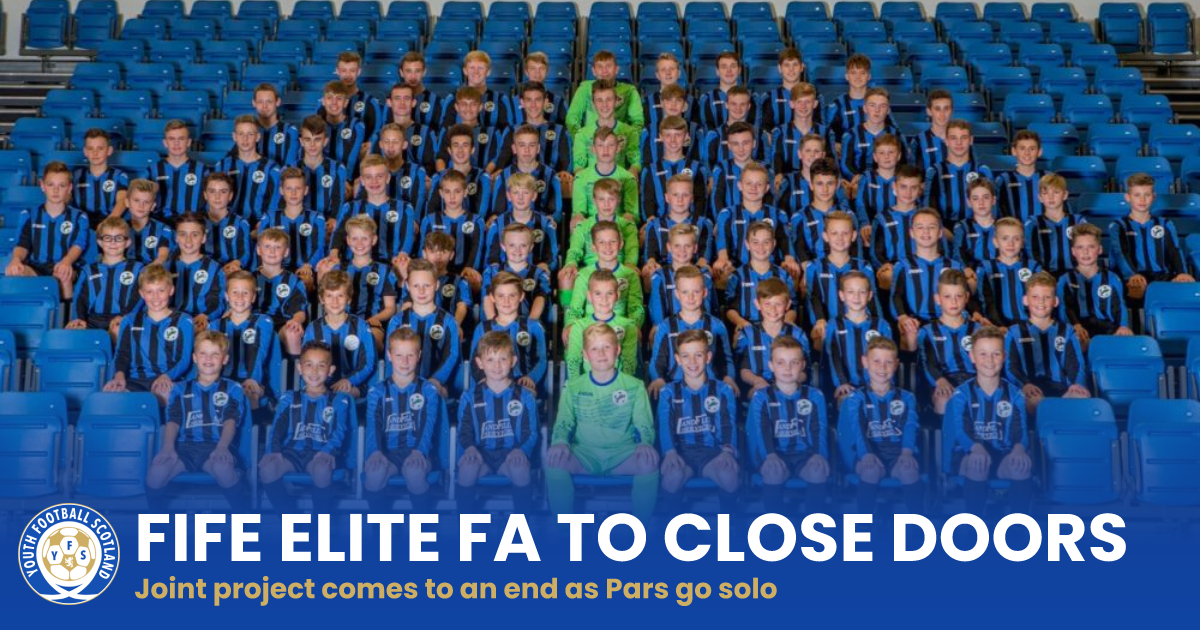 After seven years of collaboration, Fife Elite Football Academy will fold at the end of this year. Head of Academy, Bill Hendry, announced: “Fife Elite Football Academy will cease to exist as of Dec 31st 2021. Dunfermline Athletic have decided that they want to progress with their own academy and as a consequence the remaining clubs; Raith Rovers, Cowdenbeath and East Fife can’t commit the funding required to keep Fife Elite alive. I have been asked by Dunfermline Athletic to head up their new academy and look forward to the challenge of doing so.”

He continued: “Fife Elite was in existence since August 2014 and in that period over 40 players went on to secure professional contracts at the four clubs. That has to be regarded as an unqualified success and I am privileged to have been a part of that. I would like to thank the Board members of Fife Elite for giving me the opportunity to work within the Academy over that last 7 years. I now look forward to new challenges in taking the Dunfermline Athletic Academy forward in the coming years.”

This comes exactly four years after the closure of Forth Valley Football Academy, the other collaborative project of its type, with local SPFL clubs pooling resources in the area of youth development.

YFS wishes the best of luck to all of the players as they move onto pastures new. The YFS Clubfinder tool can be found by clicking here, if any players are left without a club.