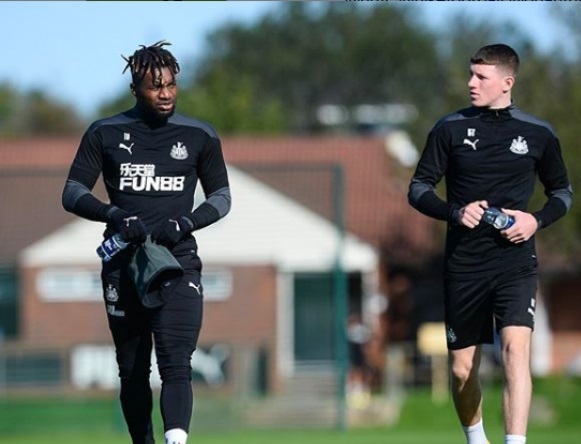 Over the past few weeks, YFS has been reporting on the success stories of young Scottish footballers heading to the US to play ‘soccer’, with the help of Future Pro USA.

This week was no different as Thomas Gray was able to get vital game time before the start of his season with William Carey University. His university faced fellow mid-west side, Mississippi Gulf Coast College, in a pre-season match, where the Kinross-born defender was able to get 85 mins under his belt, ahead of the upcoming season.

With youth teams waiting for over six months to return to football, last weekend would have certainly been circled in the diaries and calendars of young players up and down the country. Sadly, in typical Scottish fashion, the weather played the villain of the story with many games being called off due to waterlogged pitches. For many teams next weekend will be the beginning of their seasons.

However there were some who braved the conditions. Continuing the trend of emphatic victories last weekend, were Murieston Utd put nine past Gartcairn and Kirkfield, who put in a fine display, in a 5-0 away victory over East Calder.

There will be many young players who got the chance to play this week, weather permitting, who would’ve been very glad to get back on the pitch and play the sport they love, but none more so than a young St Cadocs Youth Club player who returned to training this week. Morven, aged 7, was diagnosed with having a tumour in her eye back in January of this year.

After long term treatment, the young player made a return to her sport and was given a guard of honour from her teammates and coaches at St Cadocs Youth Club.

You can watch the incredible video on the @StCadocsYC Twitter page by clicking here.

Although Dundee United lost to Livingston in an uninspiring 2-1 defeat, there was at least something positive to take away from the game. Their young Scottish goalkeeper, Jack Newman made the bench for the first time in a Premier League match. Newman was brought in this season after being let go by Sunderland. The aim for his arrival is to develop his goalkeeping skills under goalkeeping teammates; Siegrist and Mehmet and to gain valuable insight from former Scotland goalkeeper Neil Alexander, who is at United as a goalkeeping coach.

Alexander had this to say about Newman’s arrival: “He is a very good young Scotland U18’s goalkeeper with loads of potential who I’m looking forward to working with over the next few years and, hopefully, a future number one for the club.”

Siegrist missed last Friday’s match against Livingston, which let Newman make the bench. Maybe this is a name that we will be seeing in the starting lineup in a couple years time, with the young keeper winning a call-up to the Scotland U19’s who have two friendlies against England at St George’s Park.

From St George’s Park to St James’ – and Ryan Fraser wasn’t the Scot to look out for.

17-year-old midfielder Elliot Anderson made the bench for the first time, as Newcastle took on Newport County in the Carabao Cup. The game went to penalties after a 1-1 draw, which the Magpies then won 5-4 on penalties. Although the youngster didn’t make it onto the pitch, it’s an encouraging sign after his development in the under-23s.

He signed his first pro deal in November last year, and looks on track to continue progressing through the Scotland age-grade set-up.

An under-16 side will participate in the Lanarkshire FDA league, and an under-19 squad will play in the Central Scotland FA league.

Both clubs will share resources with the Lowland League first team. It is hoped the new additions to the Braves family will give young players from youth football a pathway to senior football.

There will be another Pro USA event for the 2020-21 season in October, taking place at the Spartans Academy in Edinburgh.

The programme allows young aspiring Scottish footballers to travel to the US and combine their academic studies with playing high level “soccer” in the American college system.

The programme continued to run this summer, despite the ongoing global pandemic, and saw scores of Scots jet off stateside – including Scotland age-grade star Aisha Maughan.

The event is free but spaces are limited – you can reserve your place by clicking here.

Heads were turned last summer when Celtic academy youngster Liam Morrison moved to Bavaria to join German giants Bayern Munich – and now, the centre-back will have a familiar face in training.

It is hoped he will have a similar impact to Morrison, who has established his place in Martin Demichelis’ under-19 side.

And Hepburn could still be joined by another Scot – Hearts’ left-back Aaron Hickey, who has been linked with Hansi Flick’s side. The youngster is also being chased by Italian side Bologna, who have made an official approach.

We were all hit hard with the cancellation of football, both youth and professional due to the Covid-19 pandemic. However, teams from the Aberdeen area have had to endure difficult circumstances compared to other youth clubs. After an outbreak of Covid-19 resurged in Aberdeen, all youth football in the area had to be cancelled.

So, it was great to see a positive return for Dyce Boys Club 2010, who took part in a seven aside bounce game. A lot of entertaining football and show and great to see the youth teams in Aberdeen back playing.

Congratulations to 18-year-old Kyle Munro who made his debut for Hamilton on Saturday against Rangers.

Replacing fellow 18-year-old Reece Mimnaugh, it was great to see Hamilton’s extensive youth academy having an impact on their first team squad.

Despite the 2-0 defeat it was clear that Hamilton is investing heavily in their youth setup with fellow Academy graduates Shaun Want, Scott McMann and Andrew Winter all starting, and Jamie Hamilton coming off the bench.