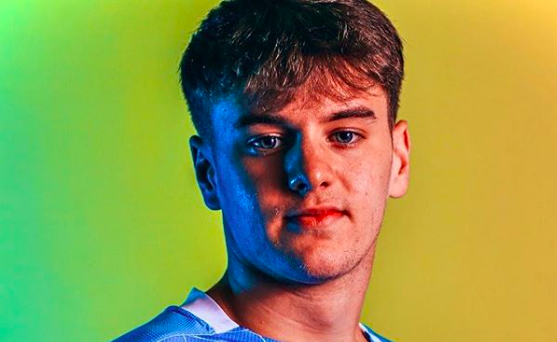 The Scot is one of many footballers who travelled to the United States this summer to play college soccer – including YFS’ own Joe McInnes, who we will be hearing from later this week.

Caden was making his debut for the JV side – also known as ‘junior varsity’ – which is usually comprised of players in their first two years of university.

Currently, there are still free assessments day scheduled to return to Edinburgh in October.

Another youngster has left Celtic Park for greener pastures – if you’ll pardon the pun.

The midfielder caught the eye of clubs across England and Europe with a Player of the Tournament performance at the Marc Overmars tournament in the Netherlands.

Confirming the news on his Instragram page, @joshadam10, the Scotland age grade star wrote: “Happy to finally announce that I have signed with @ManCity. Can’t wait for the new season.”

Livingston’s 20-year-old finally made his debut for the West Lothian club, coming on for the final few minutes against league champions Celtic.

The right-back, who can also play in centre-midfield, was on loan at Stranraer last season and has also spent time at BSC Glasgow. He originally came through the youth systems at Rangers and St Mirren before signing for Livi in 2018.

Declan Glass of Dundee United also made a long-awaited Premiership debut, whilst 17-year-old pair Adam MacKinnon and Matthew Wright were once again on the bench for Ross County.

Well done boys – hopefully the first of many!

It’s been a busy week in Cambuslang! After one of the most impressive kit launches in Scotland – including the pro teams! – they hit the road for their sponsored walk.

Six age-grade sides from the club walked to the three biggest stadiums in Glasgow – Celtic Park, Ibrox, and Hampden Park.

The team are building up funds to go to Blackpool next season. You can donate by clicking here.

The YFS VEO camera was out and about again this weekend in it’s second outing. The new equipment will allow for as many friendlies as possible to be covered, which can offer players, coaches and parents the opportunity to rewatch all the best moments from their team’s games.

If you’ve got a friendly coming up, we’d love to be there. Let us know by filling in the following form here!

YFS is also excited to bring you a brand-new product as the new season approaches. The new handbooks are aimed at teams that are looking for an impressive visual online information point alongside their own social media, without the issues of keeping a website up to date.

There will be both digital and print editions which will showcase the squad, kit and home pitch. The club’s own videos will be embedded within the pages. Each handbook is bespoke to your team and is a prime position for club sponsors.