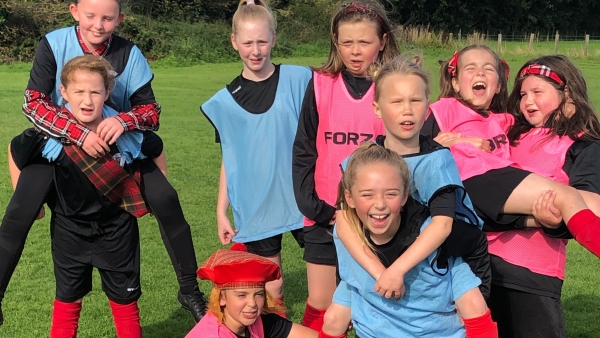 It was a busy week for grassroots football as matches returned for the first time in nearly six months, but here are five things you may have missed amidst the buzz:

Scot Gemmill’s side sit four points behind leaders Czech Republic, with a game in hand, as the young team look to end their 25-year absence from a Euro Under 21s Finals.

Over the course of the week, 250 kids participated during their regular training times, to adhere to government guidelines, and have already raised £2796.08. You can donate here.

The YFS cameras were also there to capture the action on the first day of the event. You can view the full gallery here.

Kyle Munro continued his impressive progression amongst the Hamilton Accies ranks as the winger bagged his first goal for the club at the weekend.

The 18-year-old made his debut for the Lanarkshire club before the international break, coming on as a substitute against Rangers.

Munro then made his first professional start against Livingston at the weekend before heading home the winner for his side 85 minutes later.

Callum Bissett has enjoyed an incredible introduction to student athlete life in the States. The youngster arrived alongside fellow Scots to his own branded changing locker and a mountain of Adidas kit. He was then initiated and began his official college classes before impressing with a 15.6 score in the bleep test.

Bissett continued his busy month with media duties and a squad photoshop in preparation for his first pre-season friendly match.

Everyone at YFS would like to wish Callum the best of luck for the season and look forward to bringing coverage of Scots in the States when the season begins!

Grassroots matches returned this weekend, meaning YFS coverage of matches could also return. However, due to restrictions and guidelines in place as a result of COVID-19, your YFS cameraman may look a little different now.

Our Veo cameras were deployed across the nation to provide coverage for grassroots games whilst respecting the SFA ‘Return to Football’ guidelines.

Would you like your match to be filmed? Get in touch now @ https://yfs.news.returntofootballcoverage