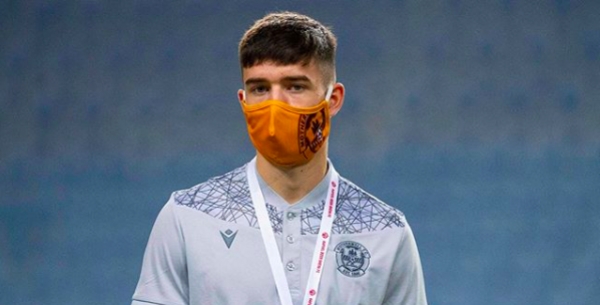 16-year-old Max Johnston and 17-year-old Matthew Connolly emphasised the success of Motherwell’s youth academy, as the pair were named in the 23-man squad who travelled to Israel for their Europa League encounter against Hapoel Be’er-Sheva.

Despite not featuring in the tie, the experience alone will be invaluable to both. Being included at such a young age speaks volumes for both their talent but also the work of the Youth Academy at Motherwell, who have produced some of the brightest Scottish talent such as David Turnbull, James Scott, Jake Hastie and many more.

Despite an impressive first half display where Motherwell matched their Israeli counterparts and had opportunities to take the lead, they were defeated 3-0 after captain Declan Gallagher’s red card allowed Hapoel to take advantage.

Scott equalised for Palace after an in-swinging corner was poorly cleared, which fell to the winger, who slotted his strike past the keeper. He equalised again in the 65th minute when he fired home his penalty, sending the keeper the wrong way.

The attacking midfielder joined Palace from Dundee United after a loan spell at Clyde where they became the League One Play-off champions. After his loan spell this season at Alloa was halted due to the coronavirus pandemic, Scott returns to Selhurst Park and will play for Palace’s under-23 squad this season.

Congratulations to both Alloa youngsters Lucas Williamson and Liam Evans who both made their first team Alloa debuts in a friendly against Stranraer. The pair started from the bench but made their impact in the second half.

Alloa’s youth players shined with three Academy graduates combining to create and score Alloa’s third goal. Williamson and Evans linked up the play before slipping in Cameron O’Donnell who netted in Alloa’s 3-1 win.

Alloa’s Community Football Department said on Twitter: “As part of the AAFC Development Pathway, Wasp Community Club players are in the right place to follow in their footsteps.”

It was a special night for Newburgh Juniors on Friday as they have raised an incredible £2,588.70 throughout their pre-season campaign. The immense level of generosity will help support the club through what is currently a very turbulent time for football clubs at all levels, with uncertainty around matches being played.

The club said on Twitter: “Just Wow!!! Can not say how thankful we all are.”

Newburgh Juniors will begin their league campaign against East Fife CFC next weekend.

YFS were delighted to head along to a few more friendlies this weekend, as leagues edge closer and closer to their starting dates.

We had our n resident snapper, Liliana Paterson, at Edinburgh City vs Currie Star! Her pictures are available here.