Five young Scottish players to keep an eye on this season 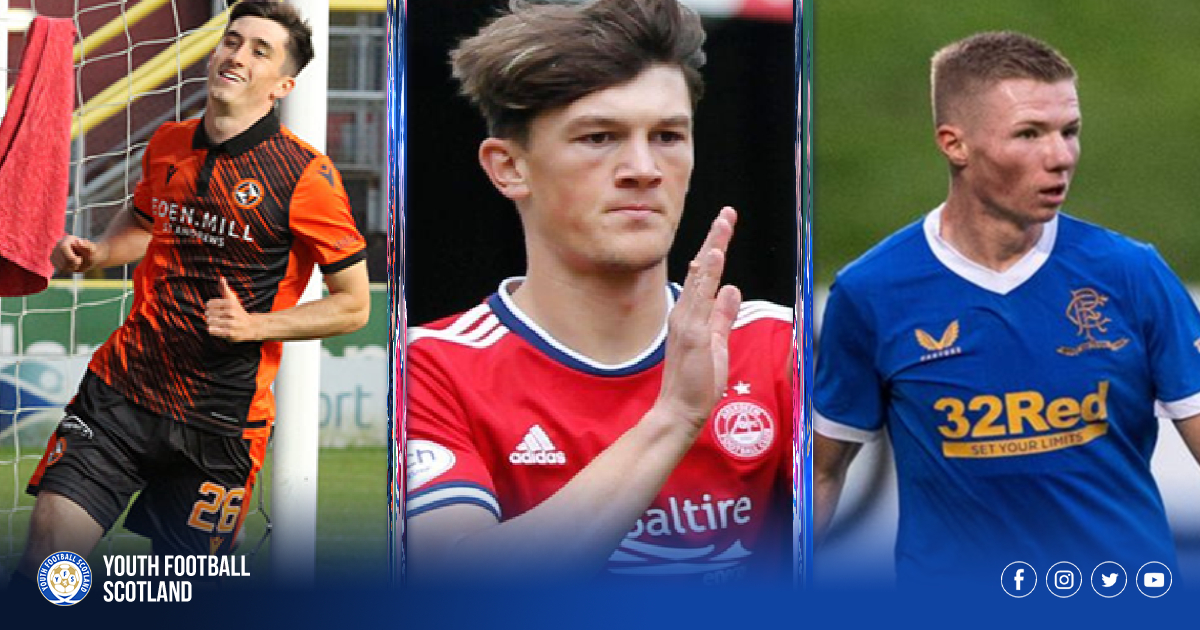 With the new cinch Premiership season 4 matchdays underway, here are 5 players I believe can breakthrough this season and make an impact in their respective first teams

The 19-year-old made his Celtic debut against St Johnstone in the Hoop’s final home game of last season. Montgomery, who played left back that day played 63 minutes before being subbed off, he was then subsequently brought on against Hibs on the last day of the season.

Montgomery can play at either left back or left wing and has featured in all of Ange Postecoglou’s pre-season friendlies. He earned praise from the fans as he showcased his dribbling ability and his fearlessness to take on defenders.

When Celtic appointed Postecoglou he stated “I’m a big believer that if you can produce homegrown talent and players who have come through the club, for the player himself it has extra meaning to representing that football club.”

With Mikey Johnston picking up another injury in pre-season, and the left back position being up for grabs with Greg Taylor or Boli Bolingoli yet to really claim that spot, as well as the new addition of Liam Scales bringing competition. Montgomery may well have a really strong chance of breaking into the side this season.

This season so far, Montgomery has played 7 times, with every appearance coming off the bench and the most significant one being away to AZ Alkmaar. The versatile youngster was thrown on 34 mins in to help Celtic gain Europa League qualification. Montgomery came on and put in a MOTM performance for the injured Greg Taylor.

The Dundee United attacking midfielder has already grabbed a goal this season in the group stages of the Scottish League Cup. Mochrie has featured in 3 of Dundee United’s 4 group stage games. He also has featured twice in the league, once of the bench against Aberdeen, a full 90 minutes against Hearts, as well as another full 90 against Stenhousemuir in the challenge cup. Mochrie’s natural position is the number 10 role behind the striker but he offers versatility as he can play on both wings and even as a striker.

The 19-year-old spent the first half of last season on loan at Montrose in Scottish League 1 where he racked up 2 goals and 3 assists in 25 appearances. Although not the most eye-catching return on paper, Montrose fans raved about the teenager when he was subsequently recalled in January due to the suspension of the lower leagues in Scotland.

The young technical attacker recently received a call up to the Scotland u21 squad after originally being called up to the under 19s, he was moved up a group due to covid absentees. Mochrie is yet to make his international debut with the under 21s, but will be looking to impress manager Scott Gemmill in the latest camp.

Mochrie excels in possession by driving at opponents and is also excellent at creating goalscoring opportunities with his purposeful vision and passing technique. With the departure of Lawrence Shankland, Dundee United will need to find a new source of goals, and Mochrie could be their answer.

The young right back has been one of the shining lights of the start to the new season. Ramsay made 6 appearances last season, with his standout performance coming against Celtic at Pittodrie towards the latter stages of the season. Ramsay came on for the injured Ross McCrorie 15 minutes in and took the game by the scruff of the neck with the game finishing on level terms.

Since the appointment of Stephen Glass, Ramsay has been in every single one of his squads. Since the start of the new season, Ramsay has featured in all 11 games for Aberdeen, making 9 starts and only 2 appearances off the bench. The youngster has contributed in defence and attack with 5 assists, an outstanding return. Ramsay’s forward runs matched with his superb crossing has helped Aberdeen to score more goals and create more opportunities down their right-hand side.

Speaking after Aberdeen’s exit to Qarabag in the Europa Conference League, Stephen Glass was full of praise for Ramsay. “His performance level was brilliant throughout, playing against a real top player or two on that side, three if you include the centre forward as well,” he said. “He’s going to be a top, top player.”

The 18-year-old has also recently been called up to Scott Gemmill’s Under 21 squad. Ramsay made his debut recently in a 1-1 draw away to Turkey. With right back being a problem area for Scotland over the last few years, Ramsay will be looking to be push for a place in Steve Clarke’s Scotland squad over the next few months.

The left winger joined Hibernian this summer from Inverness Caledonian Thistle for a fee of around £200k. Last season for the championship club, MacKay made 30 appearances, scoring 9 times and assisting 2 times. The youngster broke onto the scene at Inverness at the age of 16, at the end of 2017. MacKay has been tipped as the next big thing coming out of Caley Thistle’s academy with fans making the comparison that he is “the next Ryan Christie”. Similarly to Christie, MacKay entered the final year of his contract this summer, allowing Hibs to pick him up for a cut price.

This term, MacKay has made 6 appearances, 5 off the bench and contributed 1 goal. Jack Ross’ Hibs fought off interest from a number of premiership clubs this summer to bring MacKay to Easter Road. MacKay was ecstatic to sign for Hibs this summer, when asked about how he felt about making the move he answered; “It’s brilliant, both the way Hibs play football and the way the manager wants to play football and having come and seen the facilities, it made me want to come to the club even more.

“It’s a massive club in a massive city, so I’m really looking forward to it.”

When Jack Ross was asked about the signing, he spoke about exactly what he hopes MacKay adds to his squad; “He’s quick, energetic, scores goals and creates goals so it’s a really good fit for the club. We want to have as many players who carry those attributes here as possible because that’s how we play. I’m delighted we’ve managed to get him here so quickly.” MacKay is certainly one to watch this season.

Kelly made his debut for Rangers at the age of 18 in 2018 in a Scottish League Cup tie against Ayr United. After making his debut against Ayr, Rangers loaned him out to the Ayrshire club the following season where he made 33 appearances, scoring 6 times and grabbing 4 assists.

Following a successful season in the championship, Ross County signed Kelly on a season long loan last term. Kelly made 40 appearances for the Dingwall club, getting 4 assists and high praise from manager John Hughes. “He’s a manager’s dream. Anything you do, he wants to do it right. And the boy can play. Technically, he’s very good. “His mentality is unbelievable. He just wants it so much. And when you talk to him – he looks you straight in the eye.” Hughes also went on to compare the young midfielder to Scott Arfield.

Kelly has been heavily involved in Rangers pre-season camp and has featured in 4 matchday squads too, making 2 appearances off the bench. With Steven Davis ageing and Ryan Jack picking up numerous injuries could Kelly be set for a breakthrough season at Ibrox?

During pre-season Kelly admitted he was eager to catch the eye of Gers boss Steven Gerrard. “I think last year improved me a lot and I probably realise that a lot more now. I think any minutes that you get, you are always going to improve. I’ve just tried to do as well as I can every day, maximum effort every day. But also trying to bring quality as well. I feel that I am starting to settle in as well. Hopefully just more of the same.”