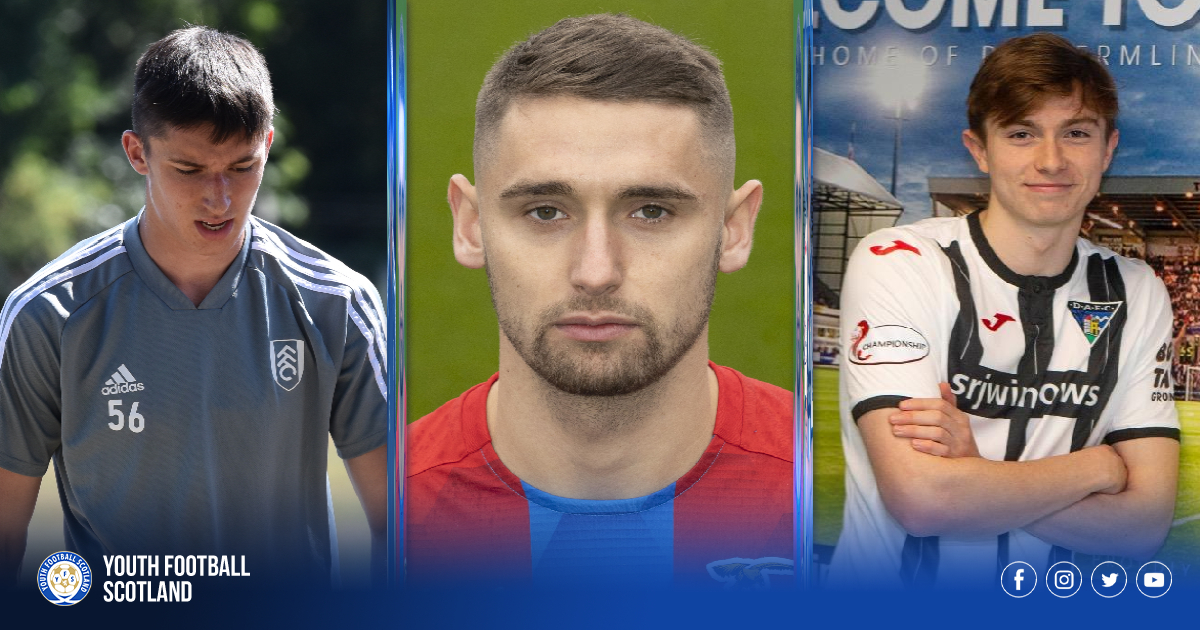 Scotland Under-21’s Manager Scot Gemmill has named a trio of former grassroots football players in his squad for the nations friendly double header against Northern Ireland next month. We look at the former grassroots youth football prospects paths that have led them to becoming international stars.

The 19-year-old is now best known for his current club, Crystal Palace, in the English Premier League, however did you know where he started out? In his hometown of Linlithgow, he played for local side Linlithgow Rose CFC before eventually signing for Dundee United in 2013. Speaking to YFS , Banks fondly recalls his time in grassroots football.

“I enjoyed my time at Linlithgow Rose CFC , it is where I picked up my loved of the game. “

The midfielder then worked his way up through the youth ranks at Tannadice before being loaned out to Clyde FC at the end of 2018/19 season. He was quickly a hit at the bully wee, scoring a wonder goal against Peterhead and was man of the match against Annan Athletic in the match that secured Clyde’s promotion from League Two.

The next season 2019/20 he started making inroads into the first team at United making four appearances for the first team and scoring one goal. However, his excellence at such a young age soon meant he had several big clubs vying for his signature and eventually moved from United to Crystal Palace in January 2020.

He has since had two loan spells back to Scotland from Palace playing for Alloa and more recently Dunfermline Athletic both in the Championship. This is Banks first call up to the national sides Under 21’s team.

Another player now plying his trade down in England that started from humble beginnings in the amateur game. Bowie from Kirkcaldy started off at Glenrothes Strollers, winning the treble at the club in 2018 whilst playing for the Under 16’s. He played a key part that season, including scoring in the 3-1 win over Dryburgh Athletic in the East Region Final. Speaking to YFS , Bowie reminisced on his time at Strollers, saying that the club aided him massively into becoming the player he is now.

“I enjoyed my time there and everyone there helped make me the person I am today.”

His accolades at Strollers where not unnoticed and he was soon snapped up by Raith Rovers in 2019. The forward broke into the first team aged only 16 at the end of the 2018/19 season as he made four appearances for rovers. He then went on to make 35 appearances in all competitions the following season, scoring 10 goals and helping the club to a Scottish League One title and promotion to the Championship.

Bowie’s talent did not go unnoticed as he signed a pre-contract deal with English Championship side Fulham at the start of 2020. He arrived at Craven Cottage in July 2020 and has since made 21 appearances for the Under 18’s squad scoring 15 goals during the 2020/21 season. Like Banks this is his first call up to the Scotland Under 21’s set up.

Our final pick is a player who started his career off in Cowdenbeath playing for Blue Brazil Boys Club. Speaking to YFS, Deas says he will never forget the memories he picked up at the grassroots club.

“My time at Blue Brazil is up there with the best part of my youth career, playing with your best mates week in week out is memories you have for the rest of your life.”

Deas departed the Blue Brazil in 2011 to join Celtic. He did return to the area however in 2018 when he joined Cowdenbeath on loan for the 2018/19 season. The defender made 27 appearances for Cowdenbeath in League Two as they finished sixth.

The following season he joined Alloa Athletic on loan making 24 appearances in the Championship before the season was called to a halt due to COVID-19 restrictions. Alloa ended up finishing eighth in the points per game based league standings decided by the Scottish Football Association.

After impressing in the Championship, he was snapped up by highland outfit Inverness Caledonian Thistle on a three-year deal in 2020. He joins another two Inverness players in Cameron Harper and Roddy MacGregor, in the squad, with them all getting their first call up for this round of fixtures.

Check out the full squad for the double header below: