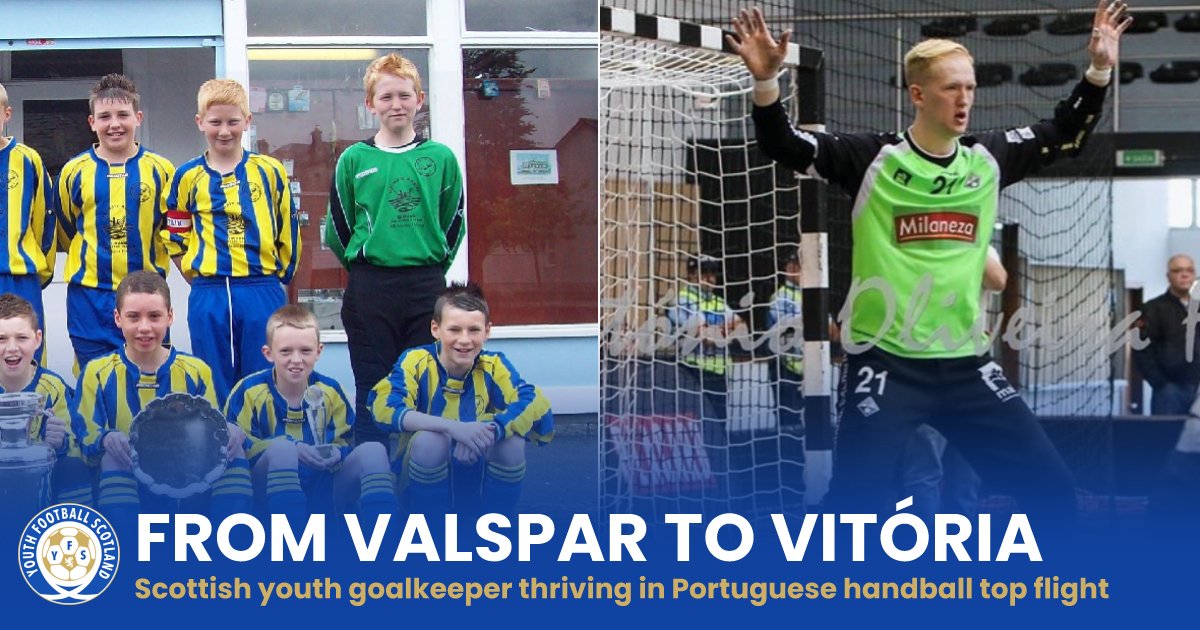 The first Scottish professional Handball player Craig McClelland started off like any other average Scottish boy. He played football for his local teams. McClelland who got into football playing mini kickers. He played in the year above himself for Southside FC as a goalkeeper while his mother was the coach.

McClelland then switched sports to ice hockey leaving football behind. When asked why he quit football he said “I didn’t really enjoy the atmosphere around it. I felt it got quite nasty and it was just boys arguing against each other.” McClelland believes that being a goalkeeper contributed to his bad experience saying “as a keeper, you’re the last line of defence. Your mistakes are always emphasised more than most.”

When asked how he got into handball he said “I was asked by a mate if I wanted to go along and try it out and I loved it.” “Goalkeeping in Handball and Football have their similarities. It’s the same principles: staying big, not going down too quick, sticking to position and watching your angles.”

McClelland made a breakthrough into handball when he went on a scholarship in Denmark. “It was really good. There was a great connection with the school over there and there were lots of different activities to do with lots of great people.” “If I was ever going to become professional I needed to leave the UK there are no professional teams back home.”

Moving to Portugal to play for Vitoria was tough, McClelland said, he added “I moved with an English player which helped each other make the transition easier for both of us. There were no big culture shocks. I’d already been to Portugal before on previous Handball trips!”

McClelland has gained international recognition when he was the captain of the Great British national team at under 20s level. McClelland is now also a mainstay in the senior GB team. He also stated “being the first professional Handball player to come out of the UK is his biggest achievement.”

McClelland believes Handball needs to be pushed more in Scotland. He said “Handball is open for all. It can definitely grow in Scotland however more awareness has to be made.

McClelland manages to keep up to date with his home comforts with Ayr United being his Football team. “If I can, I will always try and tune in and watch the games via a stream but often our (Vitoria’s) games are on the same day and I obviously am focused on my own games.”

And if you would like to keep up to date with Craig McClelland on social media click here.

Bridge of Don Academy bounce back