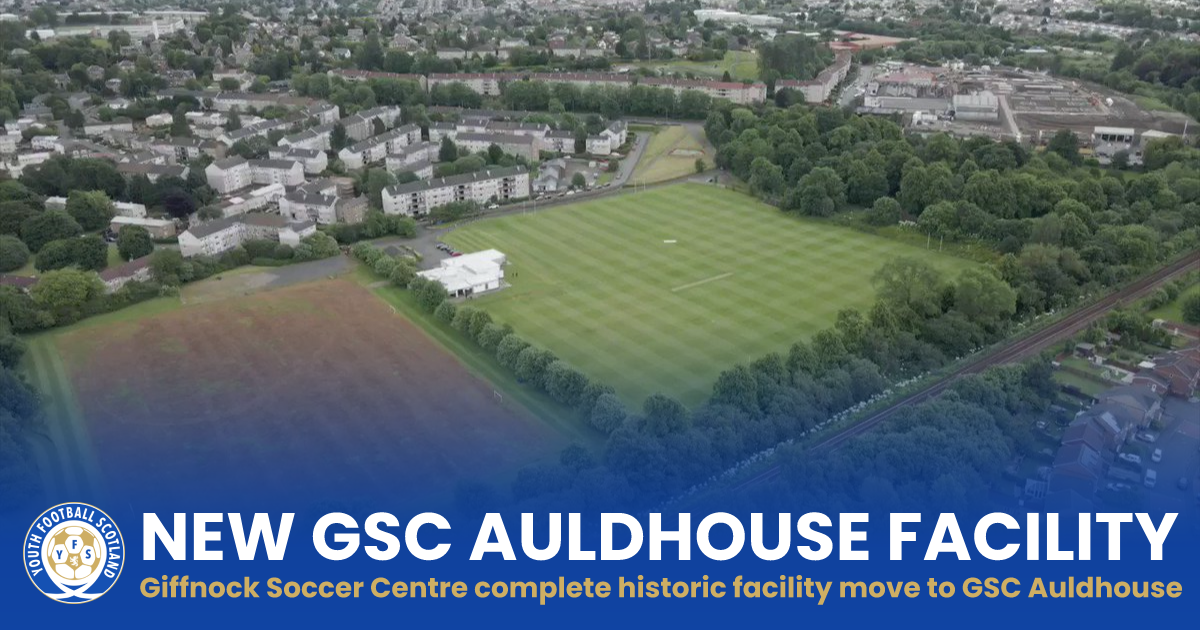 GSC Auldhouse, located in East Renfrewshire, previously existed as the sports grounds of Hutchesons Grammar School, who will move to GSC’s ‘Norwood’ facility as part of a swap deal between the two parties.

“It gives us great pleasure to confirm that today we concluded legal arrangements for 60-year lease with Hutchesons Grammar School to take control of the Auldhouse grass pitches and pavilion just off Thornliebank Rd.

“The journey to get here has been demanding and intense, however we feel today marks a huge milestone for the future of Giffnock Soccer Centre.

“Today’s deal provides us with access to four immaculate grass pitches and a large pavilion. GSC Auldhouse will provide first-class playing facilities for our 1300 members, alongside our existing Eastwood Park pitch which the Club will retain.

“We have ambitious plans to develop the site and surrounding land to deliver an amazing facility. The scale of GSC Auldhouse also provides us with the ideal hub to create The GSC Foundation, a new charity promoting social inclusion for neighbouring communities.

“We’d like to pass on our thanks to the hundreds of GSC families who have already helped realise the dream of this facility via support of the recent KiltWalk.

“Final arrangements for the move will be confirmed, as will the opportunity for everyone in the GSC family to view the facility.”