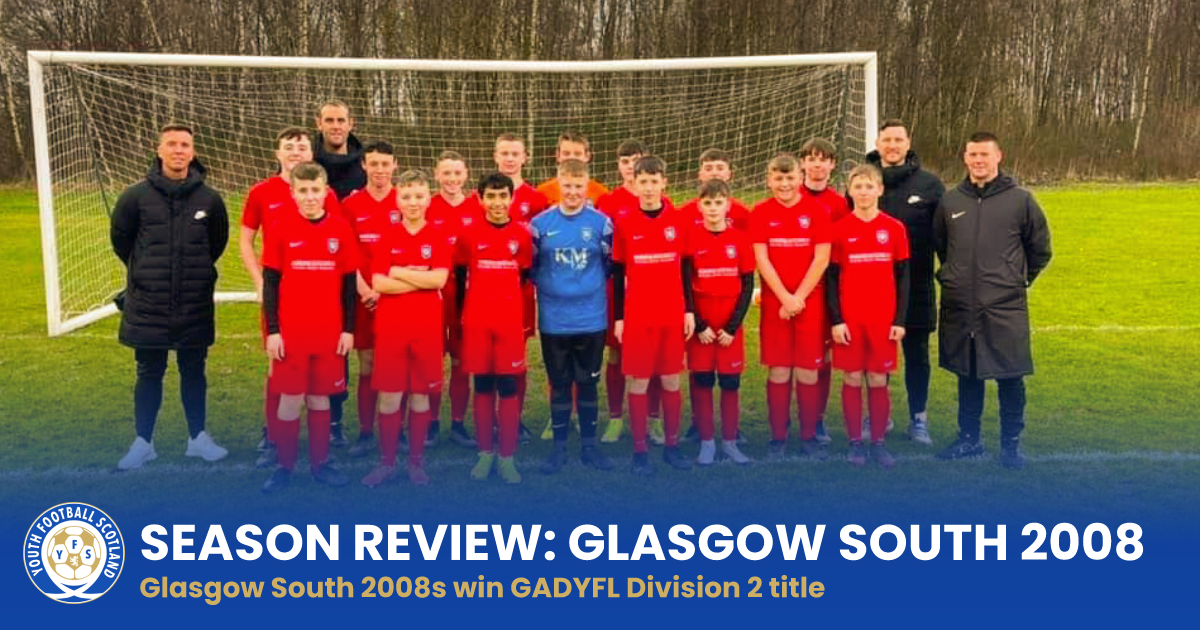 Glasgow South 2008s have had a season to remember as they were crowned GADYFL Division 2 league champions.

Coach of Glasgow South, Stephen Campbell, had this to say about their successful season:

“Outstanding achievement to win the league title in the first full season of competitive football.”

The Glasgow side’s success was aided by beating their two closest rivals in the second half of the season. Campbell added:

“Beating our wo closest rivals convincingly was the turning point as it allowed the players to believe we could win the title.”

However, their dominance in the league was clear to see, Campbell’s side won 18 out of their 22 games, scoring 110 goals, and only conceding 19.

One player that stands out is striker Mark Gallagher. Mark scored a remarkable 80 goals this season which is a massive contributing factor to the team’s success. Coach Stephen also highlighted the troubles COVID-19 brought to the season.

Glasgow South 2008s will now be competing in the GADYFL Division 1 for the upcoming season. Everyone at YFS would like to congratulate the Glasgow South players and coaches on their success and we wish them the best of luck next season in their new division.