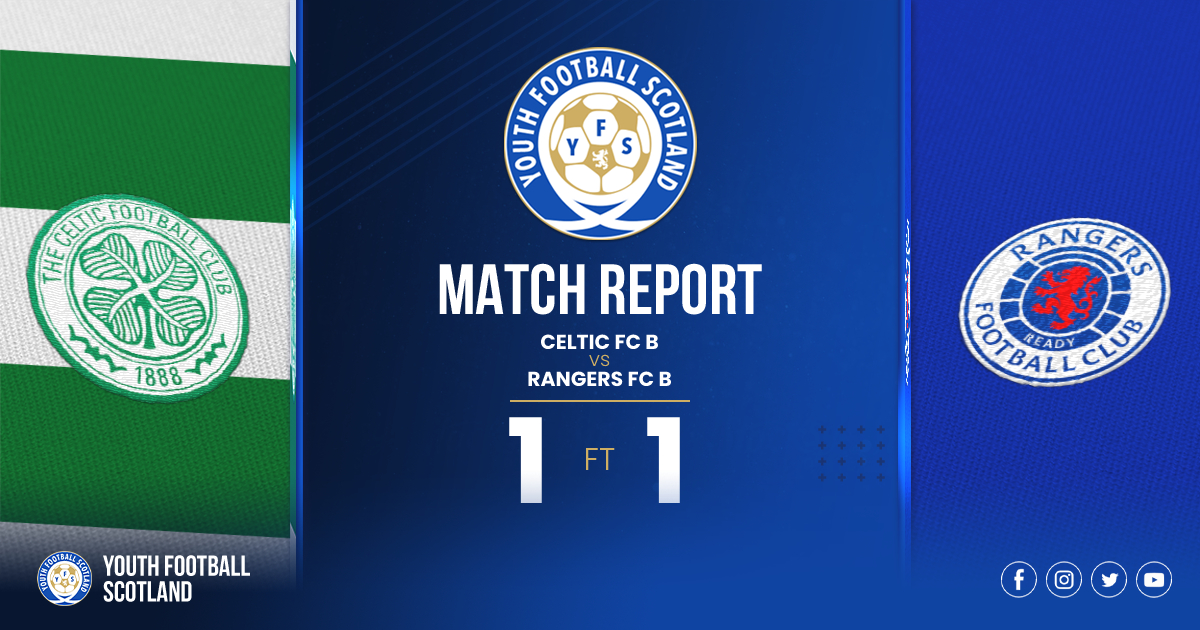 The points were shared at an empty Penny Cars stadium in Airdrie as Celtic B and Rangers B played out a draw in a fierce battle in the City of Glasgow Cup.

Celtic started the better team and nearly took the lead early in the match in the form of Joey Dawson who’s attempt was cleared of the line. Karamoko Dembele also had a chance as his cross cannoned of the crossbar

Rangers managed to grow into the game as it progressed and created some good chances. The most notable one of the half was Ross McCausland who had his shot saved by the Celtic keeper, however it was Celtic really taking control in the match but failing to capitalise on the chances they were creating. The first half ended goalless although the host will be feeling they should have got something out of the opening 45.

As the second half begun the momentum of the match swung in favour of the visitors as they created a good number of chances at the start of the half. Rangers took advantage of this and in the 50th minute Charlie McCann drives at the Celtic defence before unleashing a superb strike that rocketed into the back of the Celtic net, giving the away team the lead.

It didn’t take long for the home side to respond though, in the 60th minute Mackenzie Carse finds space on the edge of the box before calmly placing it into the bottom left corner of the Rangers goal to get them home side level.

As the game progressed the match started to open up with both teams having more than enough chances to take the 3 points. With only a few minutes left on the clock Joey Dawson missed a vital chance to win the game as he just couldn’t reach the end of a cross. Into stoppage time and the Rangers number 2 Adam Devine forced the Celtic keeper to make a good save at his near post to keep the sides level. The game shortly ended after that, and the points were shared.

Overall a great match in Airdrie despite it being behind closed doors. A superb end to end tie which saw countless chances being created for both teams. Celtic B are still winless in this competition after now drawing 3 out of there 3 games so far. Rangers B are in a better position compared to their Glasgow rivals as they have now collected 7 points out of a possible 9.