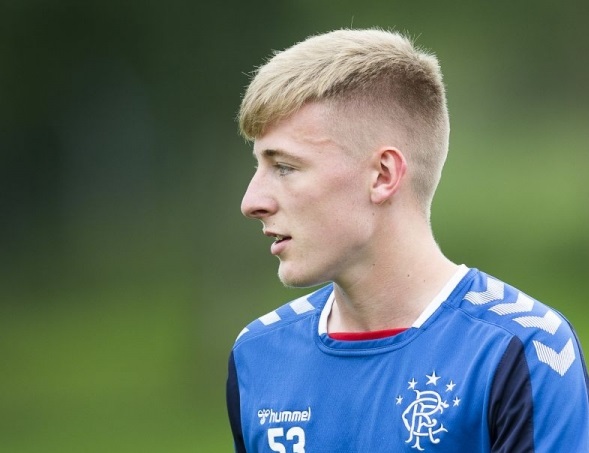 Born on 13 September 2000 in Glasgow, Shiels built his football career by joining the Glasgow Rangers and by gradually moving up the ranks, from the under-17/under-19s to the ‘B’ team, he has established himself as an Academy talent and a young asset to the club.

As well as being part of the Academy squad, the Light Blue left-back has benefitted from loans to Edinburgh City and Dumbarton F.C.

Most recently, he also had a short spell at Californian club, Orange County S.C in a partnership with Rangers, albeit cut short by COVID-19.

With 10 international caps at Scotland U-19 level, he has now joined the League One side, who are hoping to push further up the league after establishing themselves in the third tier last season.

On a loan deal until the end of the season, with Rangers retaining a recall option in January, Shiels will be hoping he can obtain first-team experience as part of Danny Lennon’s squad, with the club preparing to kick off their competitive campaign at home to Dumbarton in the Betfred Cup in October.

On finalising the loan of the 19-year-old, Bully Wee boss Danny Lennon said,

“Matthew is a young man with bags of potential to do well in football and he can continue his excellent progress with hard work and focused application at Clyde this season.

“We look forward to playing our part in his development as a quality left back.

“He has 10 caps at under-19 International level and, crucially, he has already had experience of first team football on loan at Edinburgh City two seasons ago and at Dumbarton last season.

“We want to thank Rangers for their cooperation and trust in loaning Matthew to Clyde.”

With the Broadwood sides’ competitive season just under two months away, Shiels will be hoping he can continue his development with Clyde coaching duo Danny Lennon and Allan Moore in an effort to continue his highly positive career so far and push into becoming an established first-team footballer.