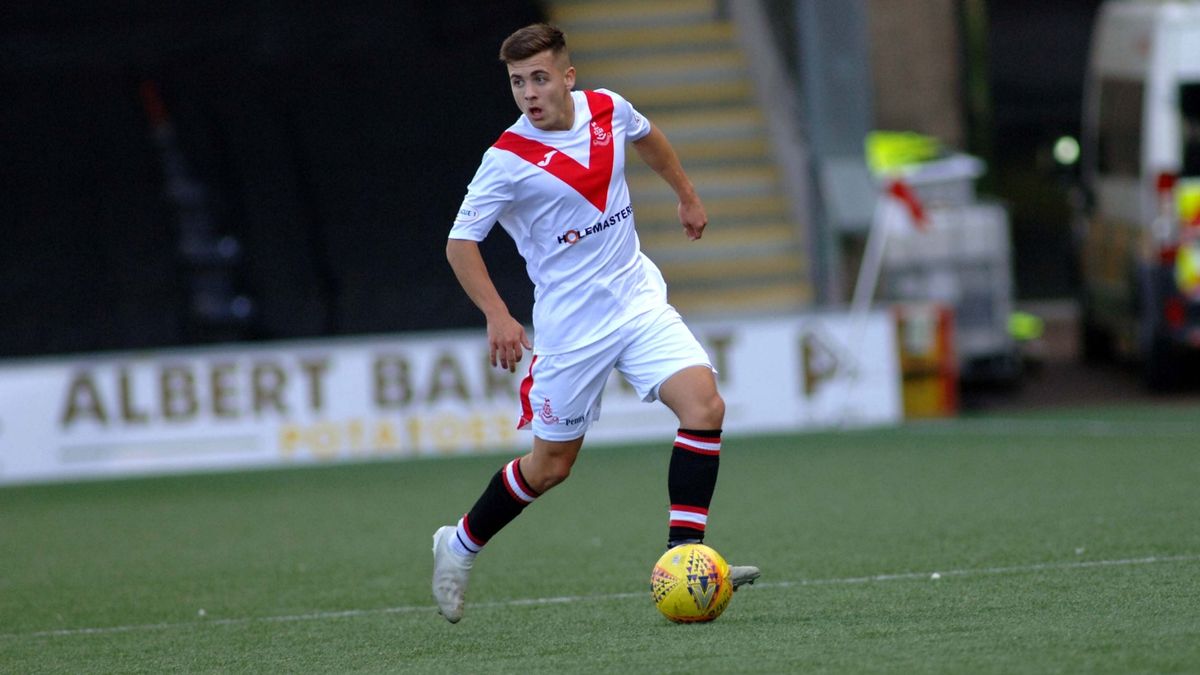 Scotland have a newly-formed trait for having top quality left backs: Andy Robertson, Kieran Tierney and previous hot prospects Josh Reid and Matthew Shiels. Today is no different, as we look at one of Airdrieonians’ key men – Leon McCann.

Born on the 16th of March 2000, Leon started off in the pro-youth system with Hamilton Academical aged 13 while attending Braidhurst High School. Being part of such a prolific academy let him fly through the ranks and he quickly became a key part of Accies youth set-up.

When Leon signed for the Diamonds the first time round – on loan at the start of the 19/20 season – his new manager Ian Murray made comment on how the Hamilton youth system doesn’t just provide Hamilton with an advantage.

“Hamilton’s model is to bring young players in to the team and sell them on,” he said, “and is these boys [Leon McCann and other signing Charlie Reilly] can help us out while gaining a bit of first team experience, it can only be a benefit to us.”

The pinnacle of McCann’s spell with Hamilton was undoubtedly captaining the under-19’s in the 18/19 edition of the UEFA Youth League. The team would have a total of four games playing abroad in Switzerland and Denmark.

The team went up against Champions League regulars FC Basel from Switzerland, narrowly winning 3-2 in a penalty shootout, before FC Midtjylland proved to be too strong for them as the Accies lost 3-1 on aggregate.

McCann has also featured for Scotland at youth level. He made his debut for the under-19’s against Poland in a 4-3 loss., back in September 2018. The game was just a friendly but the side included Rangers’ Glenn Middleton, Celtic’s Ewan Henderson, and Hearts’ Andy Irving.

Upon initially signing for Airdrie, Leon said: “Playing every week was a big attraction for me so hopefully I can keep doing that.”

The defender was a huge asset on his loan spell with the Diamonds, to the point where he signed an 18-month contract three days after his initial loan deal ended in January of this year.

“Leon possesses a great amount of pace and has a great delivery,” his gaffer continued.

Leon isn’t just a player too, but also a coach. The youngster has joined up with newly formed 1-2-1 coaching business JRB Soccer Skills Academy to help give back to the game.

Although with all of his past success, Leon is only 20 and by the end of this season wants to get promoted with Airdrie to the Championship – agoal for players, staff and supporters alike.

With the season aiming to start in October, Leon is going to be a busy man with his coaching and playing, but it will definitely be a season to enjoy for Leon and the rest of Airdrie too.

Leon is certainly one too keep an eye on and soon could be making a move to the big time.