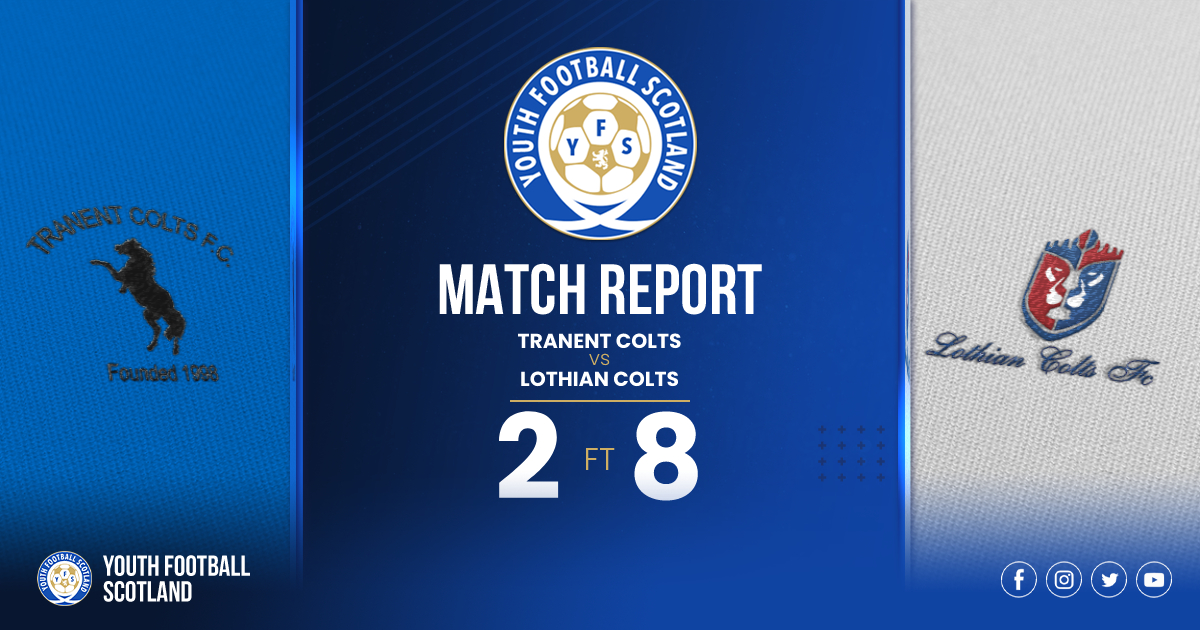 Ahead of the fixture, both teams were enduring a mixed run of form and sat mid-table in the u13’s Division 2 East / South League.

For the opening portion of the match, it was an even affair until the seventh minute, when a ball came in and a Lothian player tucked it away to make it 1-0 . Then just five minutes later, Andrew Blair swung a corner in and Josh Stevenson put it away to double the away side’s lead.

For the next twenty minutes, there were a few good chances from both sides . Jan Kapis for Tranent had a good shot from outside the box that just went over the bar.  A minute later, a ball was put in from Fraser Dick, but it missed the heads of two Tranent players.

Just before halftime, Tyler Elder for Lothian drove down the wing and put a ball in to find Jamie Brown, who put it in the back of the net.

The first chance in the second half came when Lothian were awarded a penalty. Noah Craigie stepped up and thundered it past the Tranent keeper.  Ten minutes later they were awarded another penalty but instead of a power shot, Craigie hit it low and safe to secure Lothians fifth.

After their fair share of opportunities to snag a goal, a corner was whipped in and found Alex Glasgow to pull one back for Tranent.

Not long after came a sixth for Lothian as Elder took a couple touches before striking it well past the keeper.

Tranent then pulled another back as Ryan McCulloch scored a tap in from a corner to make it 6-2.

To close off the game Lothian, Brown picked up back-to-back goals. The first of which he ran on to and danced past the keeper to tuck away. The second, he made a nice run, tried to pass it but it was deflected back to him and he hit it to complete his hat trick.

Tranent’s magic moment for this game was when they got their first too, this gave them a bit of hope for the remainder of the game.

Lothian’s magic moment for this game was the floodgates being opened when they picked up their first goal, this led the way for seven more.

Tranent’s goalie Calum Weir is their star player. Despite conceding eight, he made some very nice saves in one-on-one moments to stop the score line being much larger.

Lothian’s star player was Jamie Brown, he picked up a hat trick to aid his team winning comfortably. Honourable mention to Jack Muraska, the centre back was comfortable on the ball after making tackles, dribbling forward to find an open man at ease.