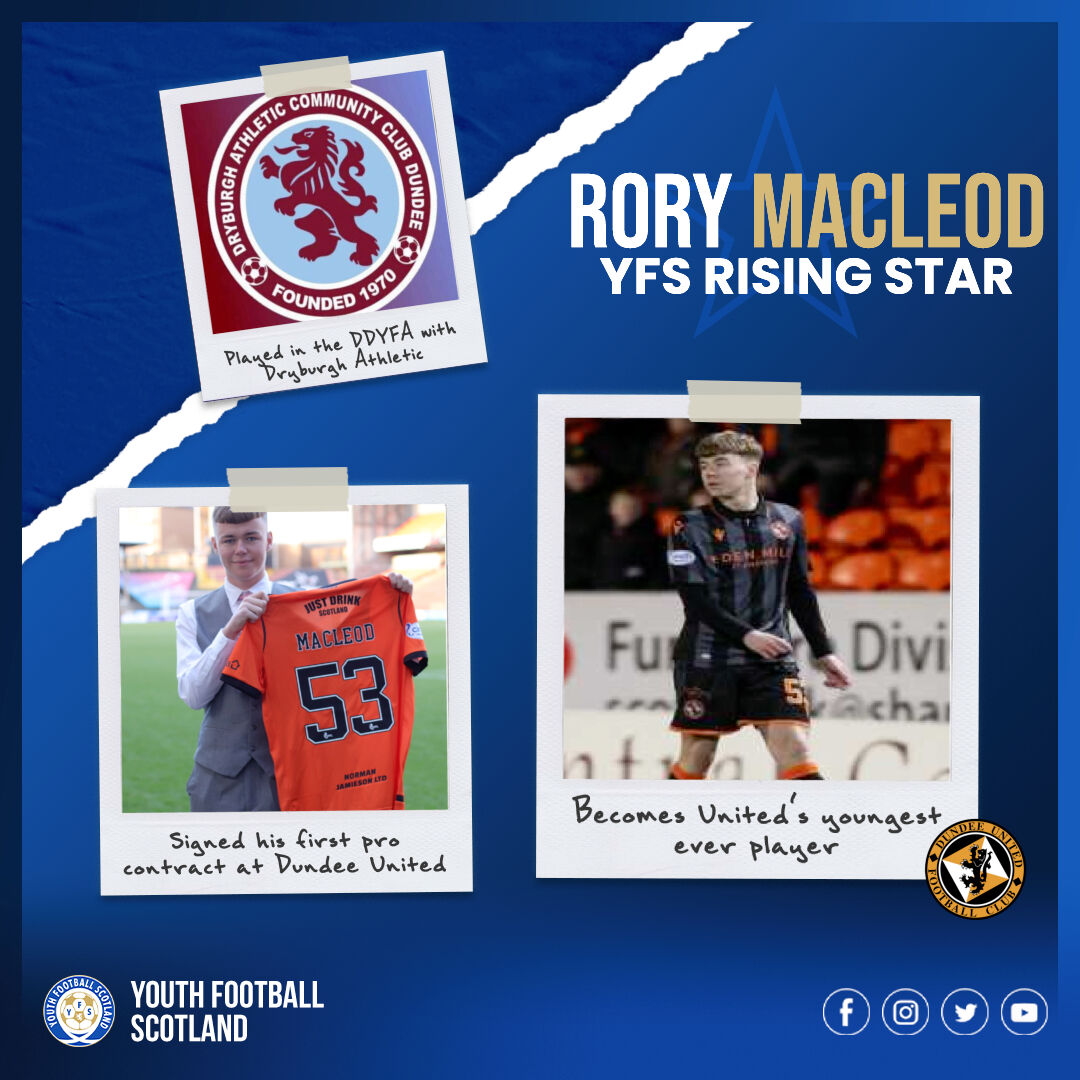 On the 9th of February 2022, Dundee United hosted Motherwell in a highly anticipated clash at , following striker, Tony Watt’s departure from the Steelmen to the Tangerines. Former Celtic striker, Watt, as well as Manchester United loanee, Dylan Levitt, got on the scoresheet for United in a 2-0 victory for Tam Courts’ side.

But, just before Alan Muir blowed his whistle for full time, Watt departed the field of play as the United supporters were set to welcome their youngest ever player to the pitch. At just 16 years and 6 days old, Rory MacLeod broke the Dundee United record of becoming their youngest ever first-team player, breaking the previous holder, Chris Mochrie’s record.

MacLeod played for Dryburgh Athletic in the DDYFA, before making the move to United’s academy. He signed his first professional deal just days prior to Christmas, in what would have been the perfect festive gift for him and his family. Before signing this deal, MacLeod was a part of the Scotland U16 side which played in the Victory Shield in October 2021, with the youngster scoring against Wales.

Recently, following his United debut and Victory Shield contribution, the silky striker was handed a Scotland u17 call-up by manager, Brian McLaughlin, for their upcoming games in March against Czech Republic, Germany and Georgia.

Following his first-team debut, United manager, Tam Courts, spoke to the media about what Rory can bring to his European chasing side:

‘He’s shown regularly in training that he can operate at this level. He’s a guy that now needs to push and add value to the first team and we’re also understanding that he’s still young.’ (BT Sport)

After making his added-time substitute appearance, MacLeod became the 14th academy player that Court has used over the course of the season, showing that he has major faith in his young player’s ability and attitude.

Other academy players that have been handed first team chances this season include Ross Graham, who scored a vital header against Rangers, Craig Moore, Darren Watson and Kerr Smith, who recently departed Scotland for a big money move to Steven Gerrard’s, Aston Villa for approximately £3 million.

With MacLeod having the likes of Tony Watt, Marc McNulty and Nicky Clark as competition in the striking department, it certainly won’t be easy for the youngster to challenge to make his spot in the United squad a regular occurrence. But, with the departure of academy graduate, Louis Apperé, to English League 2 side, Northampton Town, it gives MacLeod a chance to challenge for his spot in the first-team squad.

With Courts’ renowned faith in his younger players, Rory’s first appearance against Motherwell will no doubt be the first of many for the young Terror.