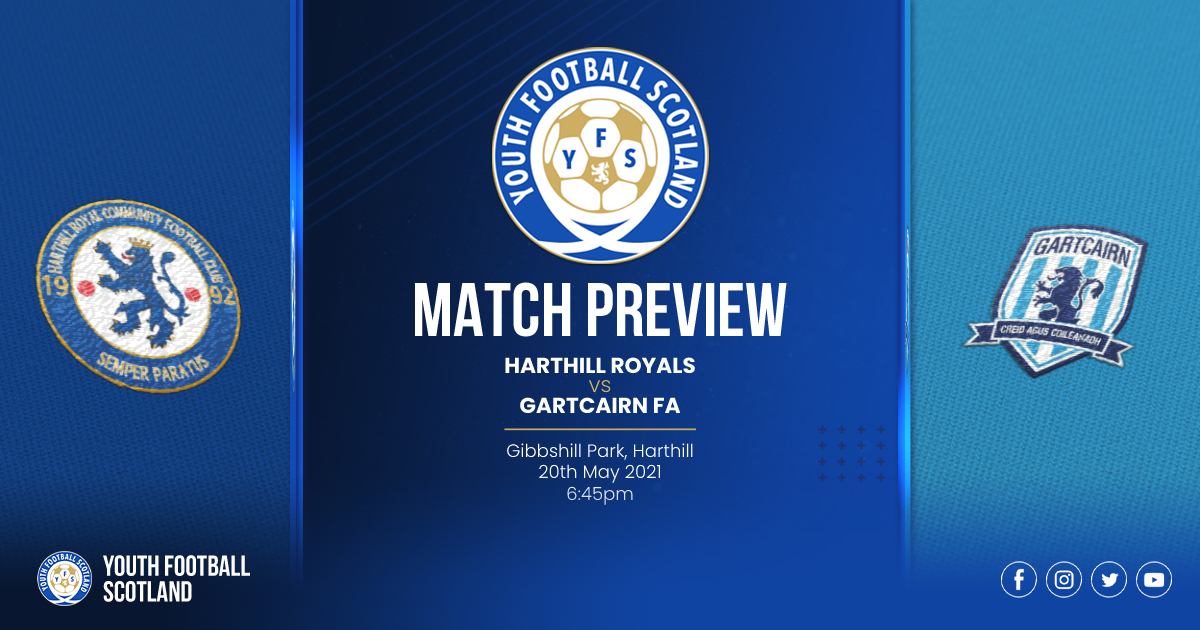 This will be the second match between both sides this season, with Gartcairn winning the previous game 8-5, and with this score line in mind, it looks like to be a highly competitive and entertaining match.

Ahead of tonight’s match, the away side are in healthy form, with four wins in their first seven games seeing them sitting comfortably in third spot in the table.

However, for the home side, they have yet to register their first victory in the league so far, with their home game against Linlithgow Rose postponed at the weekend due to their opponents having a lack of players.

YFS reporter, Matthew Muir spoke with both team coaches to collect their thoughts on the upcoming match.

Royals’ coach Alison Weir noted her side’s struggle with injuries and is hopeful that by adding to her squad they will see an upturn in fortunes. She said, “Unfortunately we have a few players injured, one of which is our goalkeeper which can cause a bit of tension and dip in confidence. However, we have added a few new players to the squad so this will hopefully build up the players confidence and they play a good game.”

Alison continued by also expressing the difficulties her side faced when local restriction barriers were imposed due to the pandemic, saying, “Due to the local restriction levels placed in our area over this last season it has meant the boys could not train or play league games due to our team being made up of West Lothian & North Lanarkshire players. This meant that training couldn’t go ahead for all the boys until later in the year when SYFA gave the go-ahead for them to mix at certain levels.

Blues’ coach, Ian Francis, emphasised his delight at the resumption of competitive matches and the atmosphere within the squad. He said, “There has been great energy within the squad since we started back at the start of May, with the players just happy to be on the pitch playing football and fantastic that spectators are now allowed back too.”

Ian continued by plauding his team’s performances of late, the aim of the match and the importance of building momentum. “The team has been playing some excellent attacking football, driving forward at every opportunity and with 26 goals in our last five games confidence is high. I am hopeful of a victory in order to retain our position in the top four and keep the momentum going into another tough away fixture on Saturday.”