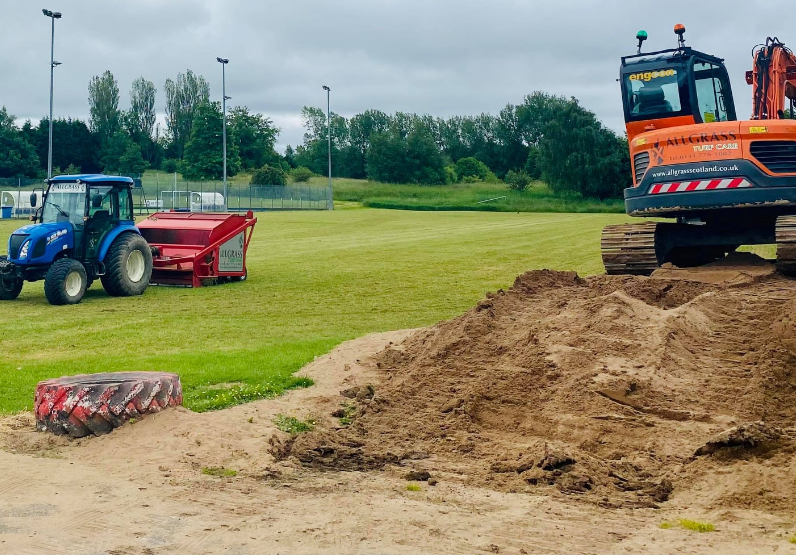 Earlier this year, YFS spoke to Craig Lister of Milngavie FC, about the club’s bid to create a new home for their players and community. That the vision is now set to become a reality, with an exciting few months ahead for everyone involved with the club. You can watch Craig’s original interview, with Luke Mazoyer, below.

A statement released by Milngavie FC today, confirmed as follows:

It is with great delight that we can finally announce that MFC will become part of Milngavie and Bearsden Sports Club based at Auchenhowie Road.

We have engaged Allgrass Turf Care to undertake the works required to the grass area to turn it into a facility & surface for our club to play the beautiful game!

Works have started and it will be completed in August.

The facility will be used mostly for the younger age groups to free more lets and 11 a side pitches for the older age groups to be able to train twice a week and for their games.

It will also enable us to expand the Club membership with younger age groups and finally manage to get some people off the waiting list into our Club.

We have also received a DEFIB for our new facility from the Scottish football partnership & would like to take this opportunity to thank them for this.

Everyone at YFS would like to congratulate Milngavie FC and applaud them for all of the hard work so far, in providing the best possible facilities for their young people.