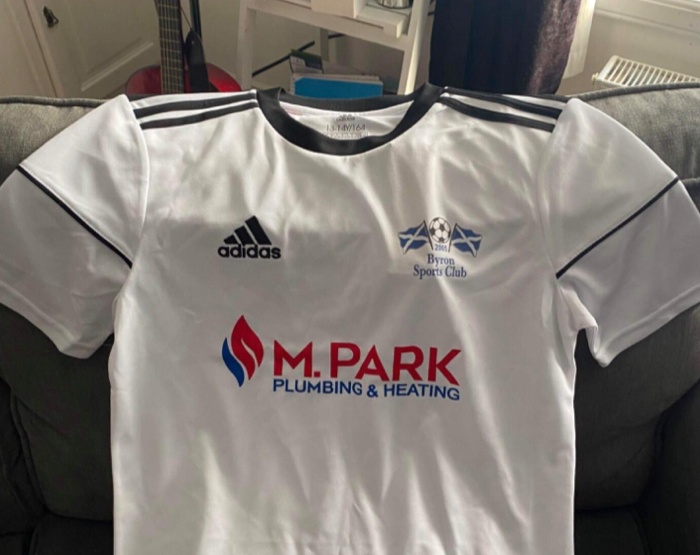 During lockdown, a group of young footballers from Northstar CFC 2011s made the transition to Byron Spurs 2011s after their coaches Joe and Malcolm asked their young and upcoming footballers to follow in their footsteps by moving to Byron.

Recently, I spoke to Joe McGunnigle, one of the coaches at Byron, about the several reasons contributing to his, his young players and his fellow coach, Malcolm’s decision to make the move.

When asking about the transition, Joe mentioned many advantages that have come with the move to Byron. He stated “We were determined to give the kids more, with this move we had the chance to find new sponsors to give the lads a better experience.”

With these new sponsors come new opportunities for these young lads with Joe mentioning moving to Byron allowed the boys to get full kits, jackets and bags along with the opportunity to fundraise for different events such as trophy and quiz nights.

When speaking to Joe, it was clear to see that his main priority was the development of his players. By moving to Byron, he mentioned in our chat that the facilities that the club possess allow him and Malcolm to “provide the lads with better coaching and make sessions fun and more happy

With the transition of clubs happening throughout lockdown, Joe and Malcolm have been unable to put on many training sessions or games on their new 3G pitch. But once restrictions eased, the new Byron coaches put on 1 to 1 sessions for their young lads to continue their development and for them to continue to be engaged in football.

“The 1 to 1 sessions we’ve put on have not only been centred around football, but also we’ve added some running exercises as some of our young lads do athletics”

As many teams did, Byron 2011s set up a Facebook page where Joe and Malcolm posted drills and challenges for their players to complete during lockdown.“It could’ve been easy for the boys to lose interest in the game over lockdown which we didn’t want to happen and we’re glad that it hasn’t.”

Following on from these drills and challenges, the club has set up quiz nights and different parent interaction sessions over zoom, to also keep the parents involved within the club.

In terms of the players, Joe told me some of the kind words they had to say about himself, Malcolm and the reasons why they wanted to join their new club.“I didn’t want to leave my friends, the coaches are nice, I wanted to stay with the team.”

“The coaches make it as fun as possible, we all learn at the same pace, we conquer obstacles together, I learn a lot from the coaches.”

“I wanted to remain with the coaches, we’ve not lost a game, the coaches are good to play under.”

With the dedication shown by Joe and Malcolm, it is clear to see that moving to Byron under the mentorship of their coaches, will help develop these young lads into players to hopefully look out for in the future.