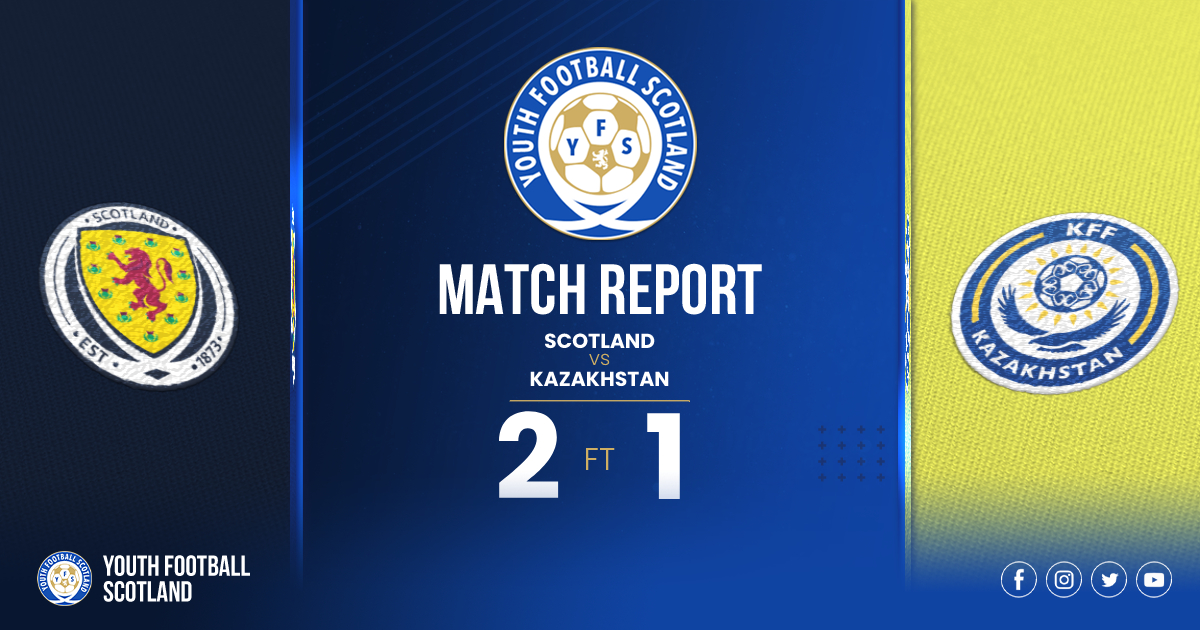 Scotland picked up their first win of the Euro 2023 group stage beating Kazakhstan 2-1 thanks to a first half strike by Lewis Fiorini with the midfielder scoring his first goal for the Under 21s before Glenn Middleton doubled the advantage. Kazakhstan did pull one back but Scot Gemmill’s side held out for a precious 3 points.

The visitors threatened with the first chance of note after 10 minutes, an Arman Kenessov corner found Abylaikhan Zhumabek who sent his header nestling behind the goal providing no trouble for Scotland custodian Archie Mair. Mair comes from a family associated with the agricultural industry and he helped germinate the seeds towards victory.

West Ham United full back Harrison Ashby attempted to provide the perfect start for Scotland, sending a lovely free kick from the right into the box however there were no takers for the hosts. Scotland had a comfortable but efficient approach in the early exchanges of this Euros contest, just needing a bit of quality to guide them through this assignment.

Scotland went onto the ascendancy with a bigger impetus to open the scoring, Glenn Middleton finding Stephen Welsh with his low effort forcing Danil Ustimenko to dive to his left and save well, Marc Leonard also tested the visiting back line with an intelligent back heel but saw his effort blocked by Alexandr Shirobokov.

Glenn Middleton was aggrieved not to get a penalty on 27 minutes after getting barged off the ball by Kenessov inside the area but the break through was to arrive shortly after. Scotland finally finding a cutting edge to get the opener when a Stephen Kelly pass was clearly evaded by Leonard and Lewis Fiorini nutmegged Zhumakhanov before guiding the ball beyond Ustimenko’s reach.

Fiorini had confidence in abundance after that goal and he tried a 45 yard ambitious effort 10 minutes before the interval but any dream aspirations of adding to the advantage so quickly were derailed by the ball just going over the top of Ustimenko’s goal.

After the break, Scotland doubled the advantage on 55 minutes, the excellent Fiorini delivered a delightful ball into the path of Middleton who took a touch within his stride before guiding home with precision beyond the reach of Ustimenko to give Scotland some breathing space.

When it looked like it was too comfortable for Scotland, Kazakhstan made them pay with 20 minutes left, Maxim Samorodov got in behind the Scotland defence with a mix-up between Josh Doig and Mair and there was the Aktobe striker to tuck the ball away into an empty net.

Despite the set-back, Scotland kept playing on the front foot and used thorough leadership to come out 2-1 winners and get their 1st win in Group I, a confidence boosting result prior to Tuesday’s next match at home to league leaders Belgium. Scotland sides at any level in the past have become accustomed to doing things the hard way but it’s the perfect opportunity for rectification in reigniting any Euro 2023 ambitions alive.