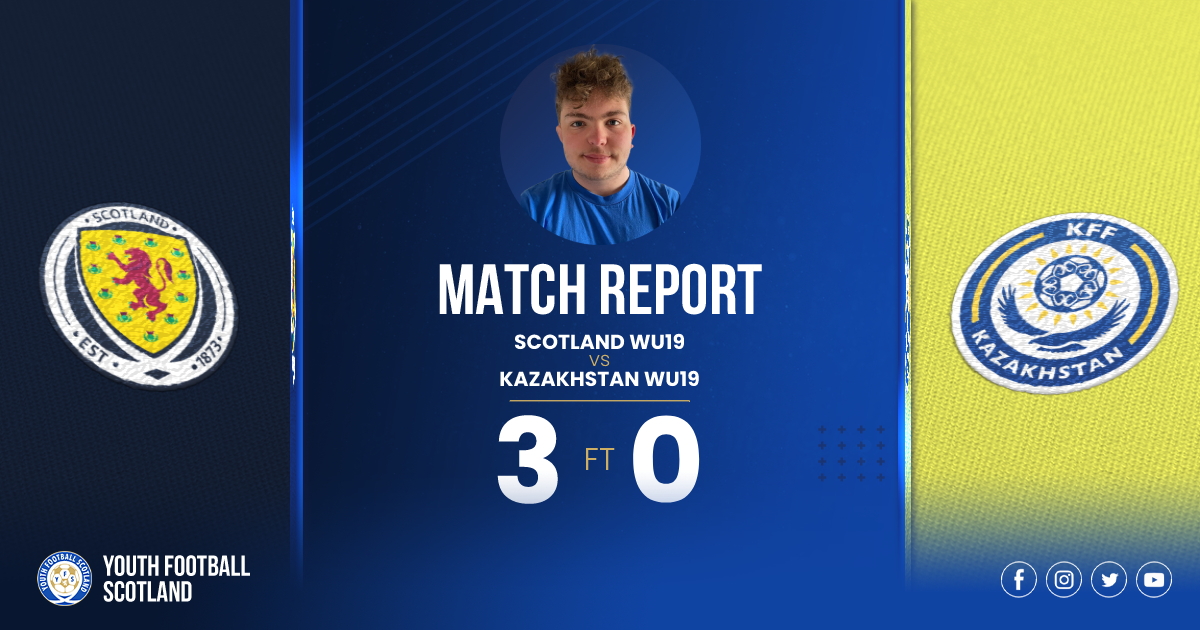 Championship League B campaign on Tuesday evening. The aim was to start the campaign on the front foot on the road to get promoted back to League A at the first time of asking.

It started really quick with Scotland showing intent from the off as straight away they were trying to get in behind the Kazakhstan back line. This resulted in a couple of half chances in the first 10 minutes from Pollard and Lister.

Scotland had a glaring chance on 16 minutes as a well worked free kick resulted in Broadrick having a chance from 6 yards out but her shot ended up wide of the target.

2 minutes later Scotland had the ball in the back of the net as Lister found herself one on one with the Kazakhstan goalkeeper however her good finish was ruled out by the lineswoman.

The relentless Scotland pressure continued as there was a goalmouth scramble with Pollard and Lister having shots from inside the 6 yard box. This left everyone around the ground in shock that the Kazakhstan keeper kept the shots out.

However the deadlock was finally broken on 38 minutes as a ball was crossed into Lister who volleyed home the effort. This was enough to see Scotland go into half time leading in the match.

Kazakhstan came out in the second half with intent. They were moving the ball with purpose and trying to get up the pitch and create chances.

Scotland’s lead doubled on 49 minutes when Huchison managed to get on the end of a cross just beating the keeper to the ball and lifting it over her.

It was a sub though who got Scotland’s third on 75 minutes, Eilidh Adams fired home after the ball fell nicely for her from a ball headed out from a corner.

This all but secured the win for Scotland and saw Pauline Hammill’s girls dominate the closing stages of the game.

With the Scotland Women’s first team manager, Pedro Martinez Losa in attendance tonight he would have definitely been impressed with London Pollard’s display tonight being a good focal point at the top of the park and being a real nuisance up top. The only thing missing from her performance was the goal.

This win means that Scotland start their League B campaign with a win and further enhances their chances of getting promoted back into League A at the first time of asking.