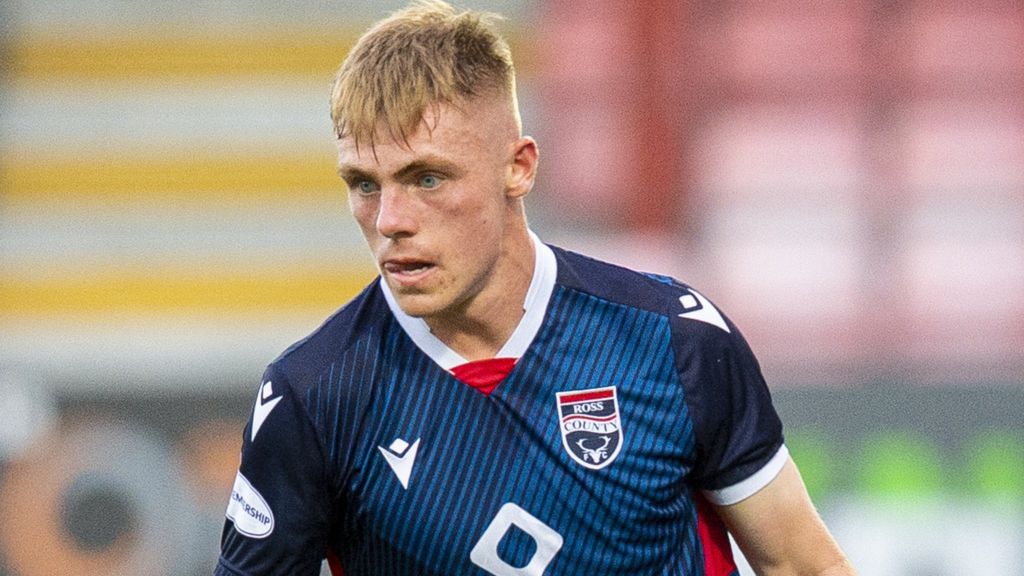 The Ross County back-line looks completely different to the one that kept them up last season. Now, they have one of their own in defence – Josh Reid.

Born in 2002, Josh is just 18 but already has already started all five games this season for the Dingwall side.

The youngster joined the club academy at the age of eight and a decade on he has become the team’s first-choice left-back, following the departure of Sean Kelly from the club.

Not only that, but he’s started the new season strongly, helping County gain seven points from the first five games of the season.

In the team’s two wins, Josh has shown great ability and maturity beyond his years to keep attackers at bay.

Although unable to get into games, fans are excited by what they see in their new local talent. Many have taken to social media to comment on his dribbling ability and strong physical presence on the pitch from what they’ve seen so far and many County faithful are getting very excited by the brilliant prospect they have in their ranks.

“His pace is just electric and he looks like he can be amazing. We are all definitely hopeful as to if he can match the hype around him so far,” were the comments of one excitable Staggies fan.

Their views were backed up by former youth team-mate Logan Ross – a man who relied on Josh playing well in front of him.

The under-18 goalkeeper told YFS: “His ability is insane. He can do whatever he wants on the pitch because he’s so composed, brave and outgoing on and off the ball.

“I’d say journeys like his, with the team, are the reason that I have been inspired not to give up on what I want to do in life and play for this club”

Indeed, it seems that Josh’s journey is inspiring many youngsters at the club. Under-16 midfielder William Urquhart agreed: “I would love to have a rise to the top like Josh has, but that can only be done through hours of extra hard work over the years”.

Youth players can certainly take inspiration from Josh’s journey at Ross County – it’s the dream to follow in those kinds of footsteps and go from boy to man at your local club.

Looking ahead to the future, Scotland fans might be left groaning at another promising player coming through at left-back as opposed to other positions. However, Staggies fans are already confident that Reid can at least emulate the current incumbents of the number three shirt – Andy Robertson and Kieran Tierney.

For now, Josh will be hoping to get a call up to play in the upcoming under-19 internationals for Billy Stark’s Scotland team.

Although only five games into the season, we have already seen flashes of who could be one of the turning forces in Scottish footballs exciting new wave of youth football.

Many will hope young Reid can reach his full potential and excel be one of the stars of the Scottish game in seasons to come.

In a year which has been full of problems and difficulties for clubs, it is amazing to see those who will be the stars of tomorrow getting the chance to shine for their teams.