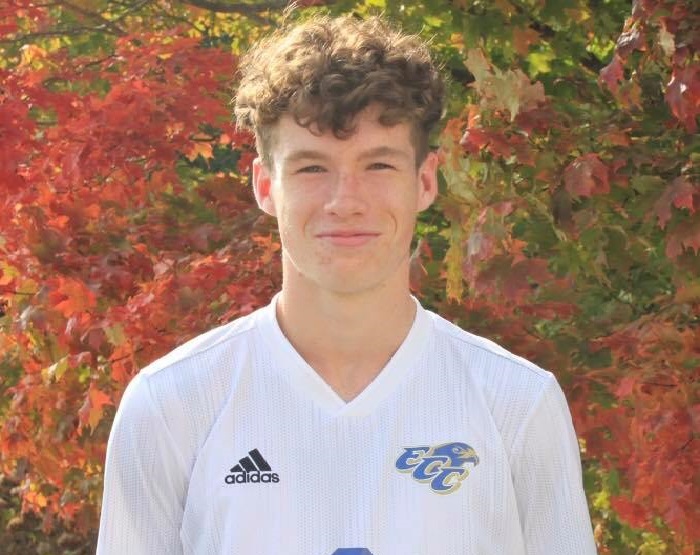 Two games, American humour, and the madness that is High school sports. My second month in the United States.

Another enjoyable month has passed, where my routine has stayed much the same – school, training, homework, and sleep. I am now starting to feel as if I am fully settled in and feel as if I have been living, here in Missouri for years already, and at this moment in time there’s nowhere else I’d rather be.

In the last month, we have played two matches, facing off against Mineral Area College, a team who we will also play again, during our competitive season in April, and St Louis FC’s top academy side featuring some of the best 17/18-year-olds that Missouri has to offer.

Our game against St Louis FC took place on Friday 9th October at 5 pm on our home pitch and was by far our toughest game so far, if not the most difficult opposition that we will come up against all season. Despite a decent team performance, we fell to a 4-0 defeat, but, there were plenty of positives to take away from the game as we move ever closer to the start of our competitive season in the spring. Then on Sunday 11th October at 3 pm we got our first taste of what the standard of the opposition in our conference is like when we played Mineral Area College, also on our home pitch. Despite not putting in the best performance we ran out 4-3 winners, another good win as we continue to gel as a squad.

As I’ve been living in the States for over 2 months now, sharing a house with 2 American roommates, means that I’m unfortunately exposed to American humour on a daily basis, something which I’m only just starting to become accustomed to. The humour out here in the States is very different to back home. To put it simply, Americans simply do not get Scottish humour at all. You genuinely must explain everything in detail to them, and even then, they still won’t understand it, it took our roommate around 6 weeks to even begin to understand it, as they seem to take everything literally and struggle with understanding sarcasm. My living situation unfortunately also means that I am exposed to the word ‘soccer’ daily as well. For myself, having a thick central-Scotland accent has also been a bit of a pain so far, as Americans find it extremely difficult to understand. There have genuinely been times where my roommate has had to translate for me.

Our team dressing room is unique, in the sense that we are a very multinational team, featuring fellow Scots, south Americans, Americans, and other Europeans. This is very exciting initially, as you don’t know what to expect from the guys from all of these exotic countries when it comes to playing football together as we have all come from completely different footballing backgrounds. Some guys come from very different footballing cultures such as Spain and South America, where the game is played in a completely different, more technical manner. Whereas I’m more used to the 100-mile an hour paced, physical game that Scottish football offers. But the more that we’ve all trained together has helped us to understand the style in which we are all used to playing.

Another mad thing about the US is the significance of High school sports, which is taken extremely seriously. Having already watched High school football, and American Football, I can safely say that it was nothing like I expected, for example, the first football game I watched, featuring two average-sized high schools amassed a crowd of around 100-150 people, complete with a giant scoreboard, the line-ups and goal scorers announced on a tannoy. Then when it comes to American Football (the main sport around these parts) things are scaled up even more, like the one game that I’ve attended thus far had a crowd of around 2-300 with a marching band and cheerleaders.

Even though I’ve tried to embrace it, I can’t say that I’m a fan of American Football, but it felt great being back watching live sport with a bit of atmosphere. After watching this American football game, I decided that it was probably time for me to try and embrace the culture a bit more by actually throwing around a Football, but I can safely say that it’s not for me.

After another great month, I’m looking forward to see what November has to offer, as we are nearing the end of the fall season, my routine is expected to change a fair bit, and with the weather getting colder, things could be looking very different.

Are you a young player based in Scotland, keen to explore taking a similar path to Joe? For more information about playing opportunities in the USA click here.