Warriors midfield helping others after diagnosis 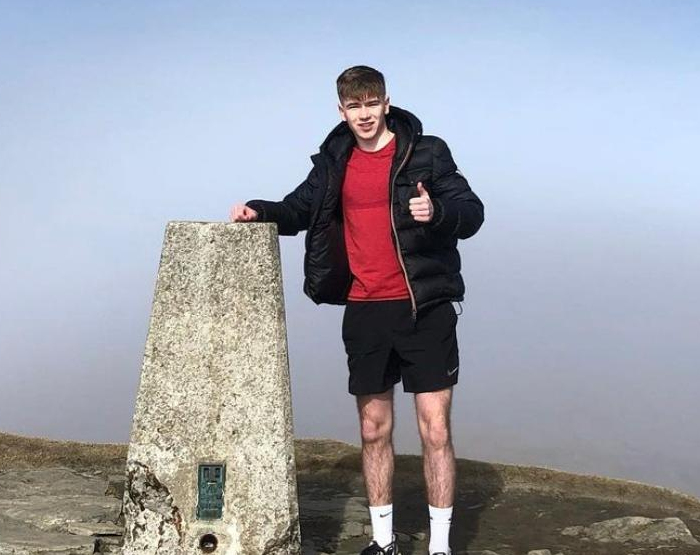 Last week, the young Stenhousemuir midfielder, Cameron Graham announced on his social media that he had been diagnosed with Stage 2 Melanoma Skin Cancer. This is obviously a massive shock and scare. However, Graham decided that before he starts the treatment at the end of this month which is going to rule him out for the rest of the, he decided to climb Ben Lomond in an attempt to raise awareness for Melanoma skin cancer. His aim was to raise £1,000 for the charity. At the time of writing this, Graham has smashed his aim out of the park raising an incredible £6,315 for Melanoma UK!

Having started playing football at Aberlady Football Club. Graham then played for Bonnyrigg Rose from the age of seven until he was picked up by the Hearts Youth Academy. Cameron was at Hearts until he was 16. He then moved to St Johnstone for a brief period before joining Dunfermline reserves. He has now been at Stenhousemuir since the summer and the midfielder had scored 2 goals in 6 games netting against Cowdenbeath and Stranraer in League 1 before play was paused in early January.

It is clear that Graham is held in high regard by fellow teammate and captain of Stenhousemuir, Callum Tapping. “Cammy has been a breath of fresh air since joining the club, although Cammy can come across a subtle boy around the dressing room, I believe he’s quietly confident which has allowed him to become a vital part of the squad. Cammy has stepped up many times this season with important goals that’s dragged us through when we haven’t been at our best, to do so at such a young age speaks volumes. I believe once Cammy stores more competitive minutes in himself there is no doubt Cammy will get back to full time football. Speaking on behalf of the squad we wish Cammy all the very best with his recovery, we’re sure he’ll smash it and we will see him scoring goals before we know it!”

On getting diagnosed with Skin Cancer, Graham said “My initial thoughts were probably just fear and shock to be honest because I’d never have thought I’d be diagnosed with cancer at 18.”
He then turned his thoughts making an impact and raising awareness for Melanoma. “After a week or so after being diagnosed I spoke to my parents about maybe trying to speak out and raise awareness for Melanoma UK and thought what better way than trying to raise money for the disease that I have.”

Graham was elated to reach the top of Ben Lomond. “The climb was an amazing day with my family and getting to the top made me proud of myself and the money raised topped it all off. Just really proud of how I have handled it all to be honest.”

Overwhelmed and thankful for the support and the traction the fundraiser has received he said “I can’t thank everyone enough for the support, messages and donations. Didn’t expect anything like what I have got but it’s been brilliant and really helped me stay positive. Thank you.” The midfielder has had a total of 310 donors for Melanoma UK after the climb was completed.

Graham is optimistic about the prospect of getting back on the football pitch for the start of next season. “I’m pretty confident after speaking to specialists that I’ll get back on the pitch. After the op next week, I’m hoping it’s a 6–8-week recovery. Focused on being back for the pre-season, anything earlier is a bonus.”

It is great to see Cameron Graham take a real negative and at least make a positive out of a really low time in his life. At YFS, we wish Cameron a speedy recovery and look forward to seeing him back on the football pitch.

If you wish to donate to the JustGiving page, click here.