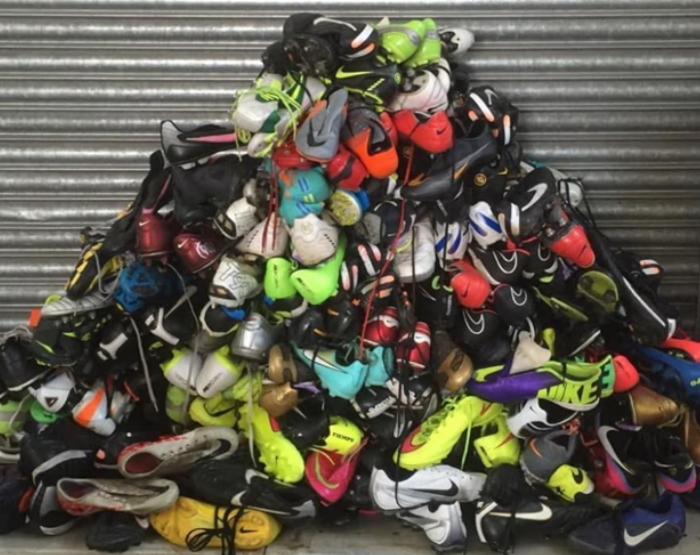 When children are growing up, it can only take months before they grow out of football boots and regularly buying replacements can be very costly. This led to Stephanie Miller having the idea of starting the Aberdeen Football Boot Bank.

The Aberdeen Football Boot Bank is a Facebook page which was set up last July, as lockdown restrictions were easing and youth footballers across Scotland were getting back to playing the game they love.

The boot bank provides an opportunity for players to donate boots that they have grown out of so that they can be passed onto others, to save the need to buy a brand-new pair. It initially started with football boots that had been collected throughout the first lockdown and has been welcoming donations ever since.

Boots are taken in and offered out for free to anyone in need of a pair.

Miller said: “My whole aim is that anyone who is wanting to play football can have access to a pair of boots.” She does not think that any players should be disadvantaged due to financial pressures, particularly after going through the struggles of the pandemic.

Sizes are not just limited to children however, there are also plenty of boots for older players to collect.

Many brand-new pairs of boots have been donated, as well as the second-hand ones, and there has even been a big donation from a local football team to help out.

There are two collection spots, one in Aberdeenshire, south of the Aberdeen, and another in the city of Aberdeen itself.

The boot bank is not limited to people close by and collection is open to anyone willing to travel in. Delivery could even be arranged if the person seeking was willing to pay postage.

Anyone in need of football boots or willing to donate any is encouraged to contact Stephanie via the ‘Aberdeen Football Boot Bank’ Facebook page (click here).