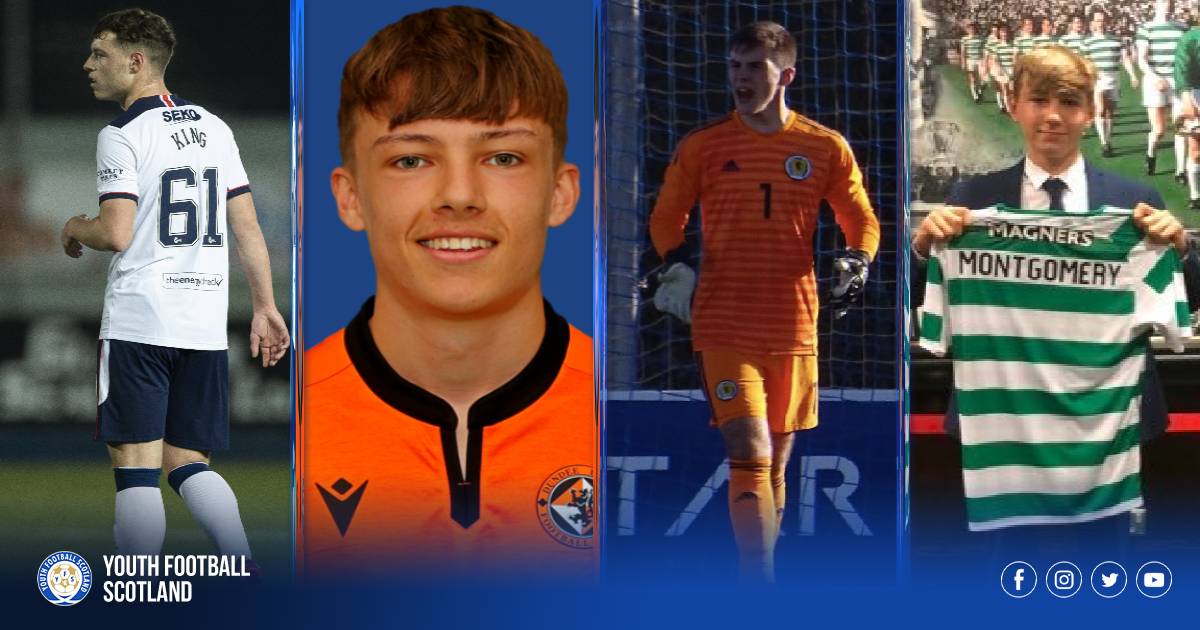 As the Scottish Premiership season curtailed this week, we saw several academy graduates make their SPFL debuts for clubs across the league.

The young left back made his Premiership debut in the teams 4-0 midweek win over St Johnstone. The former winger turned full back becomes the latest academy graduate to represent Celtic at left back, and he will be keen to try and replicate the success of former graduates Kieran Tierney and Andy Robertson. He will have a tough job trying to dislodge former Rangers academy graduate Greg Taylor from the first team however hopefully after a clean sheet on his debut for Montgomery, he will be able to pick up some more minutes next season.

Dundee United have a rich history in bringing through youngsters in the Scottish Premiership, with the likes of Stuart Armstrong, Ryan Gauld and Johnny Russell all getting their starts in the game at the top level in Scotland. It has been no different this season with no less than seven academy graduates in the match day squad for their 0-0 draw with St Mirren at the weekend. However, it was during their 2-2 draw with Motherwell mid-week that Archie Meekison gained his first start for United. He quickly repaid manager Micky Mellon’s faith with a goal to put his side 2-0 up against Motherwell. A performance which gained him his second start for the club in the stalemate in Paisley the next game. It has been a tough season for United since being promoted from the Championship but hopefully players like Meekison will continue to develop and grow at the club next season.

Accies were relegated from the Premiership on the final day of the season after seven seasons in the top flight however despite this it has again been another strong season on the youth front for Hamilton. Yet another youth academy player making his debut, this time 19-year-old Smith coming in between the sticks. He did well on his debut saving a penalty from Mitch Pinnock to deny him his hat trick and keep the score down to just two goals.  Although the accies are dropping down to the Championship next term hopefully youth will remain a priority for manager Brian Rice and we will continue to see the likes of Smith picking up game time.

Leon King followed up his debut in the Scottish League Cup with his debut in the Scottish Premiership, coming on for Joe Aribo during the champions 3-0 win against Livingston mid-week. The 17-year-old centre half has worked his way through the academy set up at Rangers and the youth ranks at the Scottish National Team to become one of the hottest prospects in Scottish football. Despite only making two appearances for the first team, he is already picking up plenty of admirers, with former Rangers forward Mark Hateley very impressed with the young defender. Speaking on Ten10 podcasts, Hateley said:

“Absolutely hundred per cent [young players are in and around the first team because they deserve it].

“They would not be there [if not and] if he was not good enough and that is as plain as I can say.

“I think he must be coming up to 17, just 17 and he is one of them that they all have been after.

“And we are very, very fortunate, I think, that he has committed his future to Rangers.”

Hopefully, Rangers manager Steven Gerrard is as enamoured as Hateley and we see King progress at the club alongside other academy graduates into first team regulars.